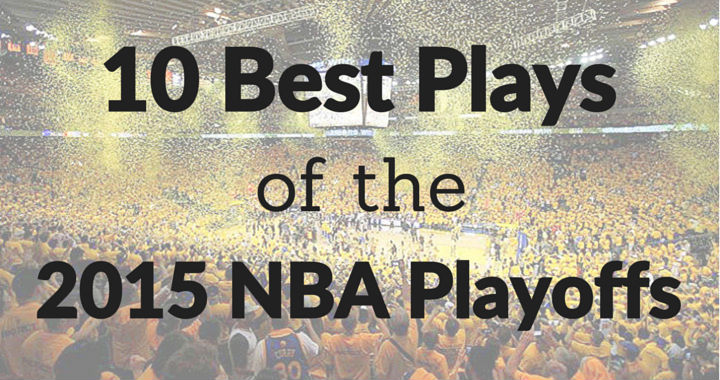 These plays were contributed by Coach Gibson Pyper who I consider to be the best on the internet at breaking down the x’s and o’s of the NCAA and NBA. You can follow him on Twitter at @halfcourthoops and on his website at halfcourthoops.wordpress.com.

The NBA playoffs is always my favorite time of the year. 16 teams battle it out to be crowned the NBA Champions in two thrilling months of great basketball.

One of the most intriguing things to me are the plays that teams use. Some they’ve been using all season, some of them are made up on the spot by some of the smartest basketball minds in the game.

Either way, we see a ton of brilliant set plays every playoffs.

3. (3) dives through to the opposite corner.

2. (2) cuts off (5) and receives the dribble hand-off to attack the rim. (2) has the option to pull up and shoot, attack them rim, or cut back-door if being overplayed.

4. Because Memphis hard hedges on pick-and-rolls, 4 is open on the roll.

4. If (2) is being overplayed they cut backdoor for the layup. 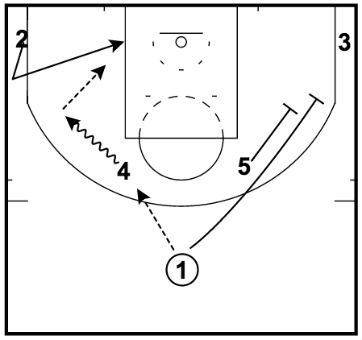 3. (5) sets a flare screen for (2) to keep weakside occupied and give the hammer option if defense helps. 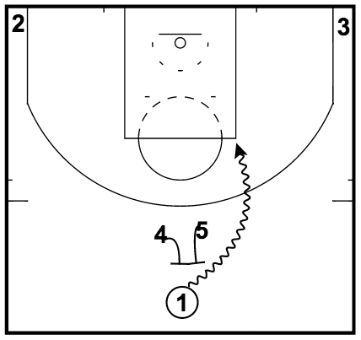 2. The key is that both bigs are flat. Usually holding hands to not allow the defense to go under the ball-screen.