The Differences in Coaching Boys and Girls Basketball 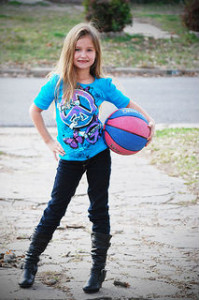 Coaching boys and coaching girls are completely different ball games. If you’ve been lucky enough to raise both a boy and a girl, you’ll know that the way they respond to certain situations, the best ways to communicate with them, and many other things, are all very different depending on their gender.

Knowing the differences and preferences of the two can make either beginning as a coach, or the transition from coaching one gender to the other, a much easier process.

The biggest thing you need to remember… girls and boys aren’t going to change their nature to suit your preferred coaching style. Girls are not suddenly going to become as competitive and physical as boys just because they have a new coach. It is we coaches who must change our coaching
techniques to best suit the gender we’re coaching.

Differences for why they play basketball…

Boys play for the competitiveness, and they play to win. It’s as simple as that. They love the medals, trophies, and other accolades that go hand-in-hand with winning.

However, this can also prove to be one of the biggest challenges when coaching boys. They can sometimes put “individual winning” before “team winning”. But I’ll talk about that later…

They value the friendships they develop, but all boys put winning as their top priority.

Girls start sport pursuing different goals than boys do. Girls play for the companionship and camaraderie that comes with being part of a team.

A young girl would much rather fit in and feel comfortable with her team-mates than win a game of basketball.

Differences in what they look for in a coach…

Again proving their competitive nature, boys look for a coach they respect and admire. They want a coach with a high level of basketball knowledge and a coach that wants to win. They like a coach who is firm, but fair. They want to be pushed to develop their basketball skills.

All girls look for in a basketball coach can be summed up in one word: Trust. They want someone to encourage them without making them feel uncomfortable or singled out from the group.

Differences in games and training…

As we’ve talked about, boys games tend to be much more competitive and physical than girls games. This comes down to their “must win” attitudes that they display much more than girls.

The games also tend to be played at a much faster pace. This is for two reasons…

Girls games are still competitive, but they show a lot less of the “must win” attitude.

As stated above, girls games are a lot less physical.

Differences in individual or team first…

Unfortunately, boys can be more focused on individual accomplishments than team success. This is due to the human desire that we all have to prove ourselves as individuals to our peers which is especially dominant when talking about boys and sports.

This is also why on a boys team there will often be a lot of bickering about the court time each player receives. If a player isn’t getting much court time, they may feel they’re being robbed of the opportunity to prove themselves and become unhappy even if the team is winning.

Girls – Unlike boys, girls tend to focus n team success before individual accomplishments. Girls also have the human desire to prove themselves to their peers, but this usually isn’t pursued through their sporting accomplishments.

They don’t usually have as much of a problem with court time allocation either. This is because girls don’t want to stand out from the rest of the team. They don’t want the attention that comes with complaining and they’re often too scared of what the other girls on the team will think of them.

Differences in encouraging and motivating…

Boys are easy to encourage and motivate. You will see coaches yelling encouragement at them before the game to get them pumped up. If that’s your style, you can be much more open and aggressive with your positive encouragement when coaching boys.

Motivational techniques are completely opposite for girls. Shouting is never a good motivator for them. The reason is that girls strive for approval of their coach and peers. By shouting at them, you put them in a situation where they become scared that they will fail the coach and their team-mates.

Differences in how they handle losses and criticism…

Boys have a tendency to avoid responsibility for losses or criticism they might receive. They endeavor to find external reasons (like other players, a lack of playing time, the umpires, etc) before accepting responsibility themselves.

Never publicly criticize a girl in front of her team-mates, just as you shouldn’t a boy either. Girls tend to take losses and criticism to heart. Instead of looking for external reasons like boys do, girls often look inside themselves for things that they could have done differently to change the outcome.

Are there any other differences you’re aware of between coaching boys or girls?

PS. Don’t forget to sign-up to receive the e-book I recently released! You’ll find it in the sidebar at the top of the page.