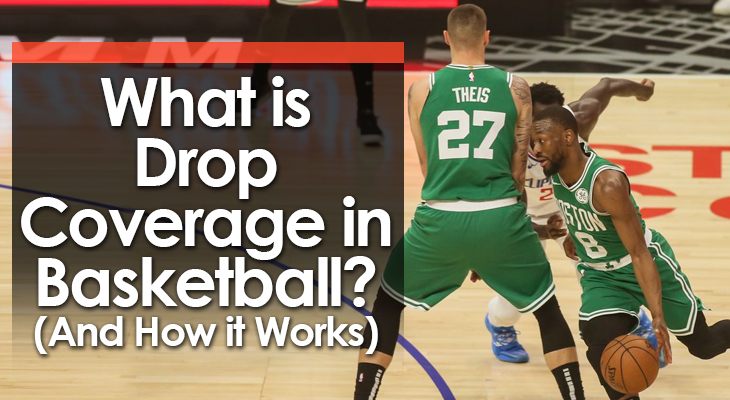 The pick-and-roll is widely used across all levels of basketball.

One way teams may choose to defend it is by using a strategy called "drop coverage".

As drop coverage soars in popularity, it’s important for both coaches and players to understand how this strategy works and what each player's responsibilities are when they’re involved.

Below, I'll give a full breakdown of how it works and when it's best to use it.

What is Drop Coverage?

Drop coverage is a tactic to defend ball-screens, focusing on the screener's defender.

When a ball-screen is used, the defender guarding the screener *drops* to a certain level in the paint to prevent / challenge any shots near the rim.

1. Keep the Ball in Front

Don't allow the ball-handler to get close to the hoop and take an easy shot.

2. Keep the Roller in Front

Don't allow the roller to get deeper than they are, or risk a lob being thrown.

It sounds like a lot of work for the defender guarding the screener, but they're not alone.

Going over the top of the screen prevents the ball-handler from being able to shoot an uncontested pull-up or three-point shot.

How to Execute Drop Coverage

The theory of drop coverage is fairly simple, but it isn’t always easy to execute.

The first (and most important) aspect of drop coverage is communication.

All five guys on the floor need to know what ball screen coverage to execute.

Which leads me to step one...

When the defender guarding the screener notices they're going to set a ball screen, they must immediately let their teammate know a screen is coming to give them time to prepare.

It also helps to let them know which side the screen will be set on.

The defender guarding the screener will work hard to position themselves correctly based on the ball-handler using the screen.

Positioning is crucial for the defenders involved in the ball screen.

The on-ball defender must go over the top of the screen to prevent the ball-handler from "stopping and popping".

They must also attempt to get back in front of their defender as quickly as possible so the "drop defender" can recover back to their man.

The defender guarding the screener needs to know where to position themselves to prevent the ball-handler from turning the corner, but also prevent the roller from getting under for a lob.

The offensive ability of both the ball-handler and the screener will dictate how far the defender should "drop" when using drop coverage.

There are a lot of variables, so each player must know the scouting report and coaches must make sure to drill this coverage a lot before using it in a game.

As mentioned above, the on-ball defender must get back in front as quickly as possible.

Once they're able to recover back, the screener’s defender can return and the defense is reset.

When to Use Drop Coverage

Let's quickly review the numerous ways you may choose to guard a ball screen:

Hedging -- Hedging is when the screener's defender momentarily steps out to defend the ball-handler, slowing down the ball and preventing penetration. Defenders then return to the players they were originally guarding.

Double-Teaming -- Also called a blitz. This is when the screener’s defender and the on-ball defender double-team the ball-handler as soon as they come off of the screen.

Icing -- Icing is a strategy to use in sideline pick-and-rolls. It forces the ball-handler to reject the screen and keeps them out of the middle of the floor.

With all of these different ball-screen coverages, when should drop coverage be used?

Drop coverage is most effective when playing against a "big" who scores a lot in the roll action on a pick-and-roll.

The screener’s defender dropping into the paint puts themselves in the path of the roller, taking away quick scoring opportunities and making the pass extremely difficult.

Drop coverage is also good against guards who like to penetrate and score.

By hanging back, the guard won't have the opportunity to explode by and score an easy layup. 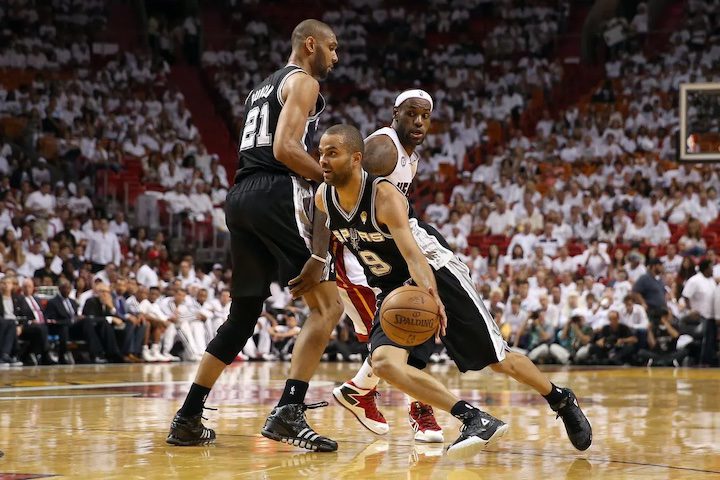 When NOT to Use Drop Coverage

a. When the Screener is an Elite Shooter

Drop coverage should not be used against players who like to "pick-and-pop."

You'll be giving up a wide-open look as the screener's defender stands flat-footed in the paint.

b. Against Great Midrange Shooters

Another time drop coverage isn’t as effective is if the ball-handler has a good midrange game.

Because the drop defender falls back into the lane, the ball-handler will get many opportunities to pull up from about 15 feet or shoot a long-range floater.

This is a difficult shot for most players, so it's not usually an issue...

But if you play against an elite midrange shooter, watch out for this.

c. Against Spain Pick and Roll

The "Spain Pick-and-Roll" is a unique action that involves an offensive player setting a back-screen for the ball-screen screener after they set a ball screen.

In the case of drop coverage, the dropping defender would get screened from behind, and the roller could have an opportunity to get below and catch a lob at the rim.

Drop coverage is used at every level of basketball.

It's a coverage the involves the screener's defender dropping back into the paint to (a) prevent the roller getting easy scores, and (b) to force the ball-handler into difficult mid-range shots.

If you wanted to learn how drop coverage works and when to use it, now you know!