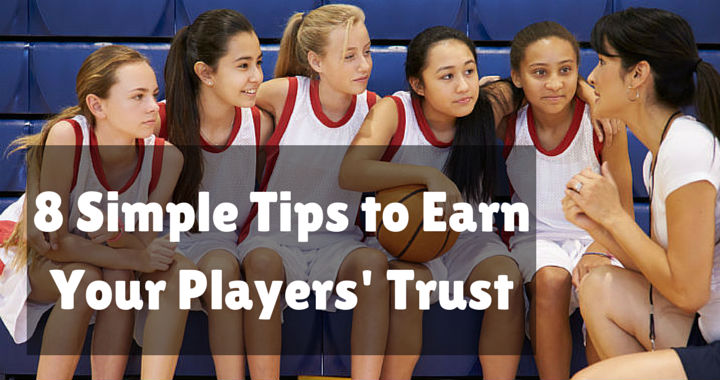 Every basketball coach at a high level knows the importance of developing a great player/coach relationship with each player on a basketball team.

“In leadership, there are no words more important than trust” – Mike Krzyzewski

“Relationships with people are what it’s all about. You have to make players realize you care about them” – Gregg Popovich

All of these and many more reasons will lead to a happier and more fulfilling season for both the coach and the players.

So basically, as the coach, earning your team’s trust is super important!

And it’s important that you make it a priority as early as possible in the season.

All coaches may not agree, but I feel it’s so important to establish that every year I swap a practice or two in the pre-season for a fun activity to bring the team closer together and assist myself in developing a relationship with each player.

Often the benefits from these activities away from the basketball court will far outweigh the benefits we’ll receive from a single practice.

The only problem is that I’m making this sound too simple..

Here are the two most important things you must remember about trust…1. Trust is not easy to earn

1. Trust is not easy to earn

There’s no super secret tip that I can tell you that will instantly award you the trust and loyalty of every single player on your team. Developing trust a process and it does take time.

In fact, it’s even harder to establish in this day and age because players and coaches are jumping between teams more frequently. Not to mention due to the ‘must win now’ mindset so many people have, coaches are finding it more and more difficult to hold a single coaching position for a long period of time.

2. Trust must be developed with each individual player

The tricky thing about trust is that you can’t develop trust between a coach and ‘the team’. Every single player on the team does not miraculously start trusting you at the same.

You must individually establish trust with each player on your team and that can occur at different times throughout the season.

The Two Types of Trust you Must Earn

The reason I separate the two is because trust is not black and white. It’s possible to have trust in your coach as a person but not trust them as a basketball coach or vice versa.

I’ve played under a coach that I was 100% confident I could trust with anything. I knew they cared about me and would be there for me anytime I needed them, day or night, and they proved it on numerous occasions. But they weren’t that experienced as a basketball coach and I didn’t always trust or agree with their methods for improving players.

Another coach I had really knew his stuff. He played many years at a high level and had a high basketball IQ. He always knew the best way to stop an opponent and provide our team with the best opportunity to win basketball games. But unfortunately, this coach made no effort to connect with his players or get to know them. He wasn’t a great communicator and often my teammates and I didn’t enjoy going to practice because of this. The trust wasn’t there as a person.

I’m sure a majority of coaches and players reading this have similar experiences with different coaches they had during their playing days.

It’s important to strive to establish both types of trust but undoubtedly at a youth basketball level it is much more important to gain the trust of your players as a person.

Here are a few tips on how to do that… 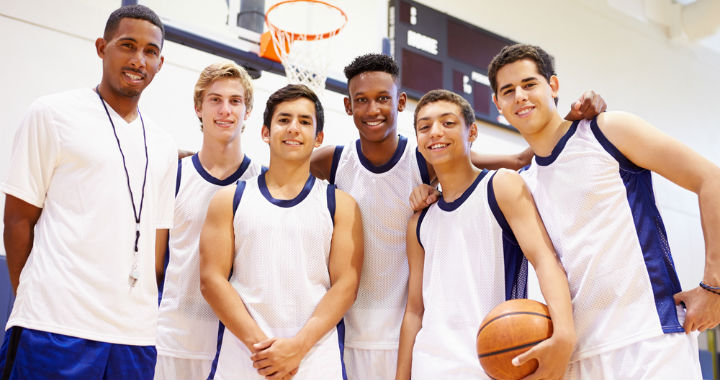 1. Get to Know Your Players Off the Court

To truly gain the trust of your players you should speak to them about non-basketball related topics.

The simple act of showing an interest in their life outside of basketball shows the player that you genuinely care about them as people and don’t just think of them as chess pieces on the basketball court.

You can talk to your players about other sports they play (you do allow this, don’t you?), ask how their day’s going, ask them about school, talk to them about their favorite sports teams, if you know they had an event on you can ask them about it. There are countless topics if you give it a little thought.

Obviously, you don’t want to be asking these questions during practice so take advantage of the hours upon hours of time you spend with the team before and after you step on the court. This includes bus and car trips, before and after practices while they’re changing into their basketball shoes, when you run into them at the gym, anywhere.

Another great time to develop a relationship with your players is by scheduling team activities not related to basketball like going to the movies or trying a new sport. As well as developing chemistry between the players, you’ll also develop chemistry and trust between the players and the coach.

This is non-negotiable if you expect trust to be developed between a coach and their players.

Never lie to them.

While they might only be small lies, they can quickly add up and become significant to the players.

Your team must know that when you say something you’re going to follow through on it.

3. Smile and be Polite

This is especially true when coaching youth basketball.

Children can be easily intimidated by adults. We have to go out of our way to make them feel comfortable and safe with us.

A simple please, thank you, and a smile can go a long way to gaining the trust and respect of your players.

Do remember that you can’t be afraid to be stern with players during practice or during games as sometimes the situation requires it if your players are mucking around and not concentrating, but do your best outside of practice to smile and be polite all of the time.

The trust you earn from doing so off the court will prove to the players that when the game is on and you’re stern with them that you still care about them and have their back.

4. Get to Know Their Parents

No one has a bigger influence on the thoughts of a player than their parents.

As much as I hate to say it, if parents don’t like or don’t trust you, more often than not they’re going to say negative things about you and that can play a big role in the opinion their child forms of you.

On the other hand, if you get to know their parents and develop a positive relationship with them, there’s a good chance they’ll defend your decisions and speak highly of you.

These include chatting before and after practices and organizing non-basketball related activities, just to name a few.

5. Be an Organized Coach

It’s no secret that we’re all wired to trust organized people.

Players are the same.

If you arrive at practice without a plan and the players can tell you’re making up the practice on the fly and aren’t sure what you’re doing, then the players might lose a little trust in you as a coach.

Being organized shows that you’re reliable and trustworthy.

6. Be There For Your Players

As all coaches know, when you’re coaching a basketball team you often become more than just a ‘coach’. You’re a role model and someone that the players will often see as a second parent.

This is an important responsibility and not one that should be taken lightly.

If a player is looking upset when they arrive at practice, don’t be afraid to take them to the side and ask them if they’re okay. Remind them that you’re there for them if they ever need anyone to talk to.

The players will appreciate your support. Sometimes all a person needs is the knowledge that someone’s there for them if they need it.

Once you start coaching older and more experienced players, there’s a certain amount of credibility at the level you’re coaching that you’ll need to prove before the players will begin to trust your ability to coach at that level.

This is much less important in youth basketball, but will become more and more important as you start coaching at a higher level.

Players and parents will start to ask questions like…

“Do you have a winning coaching history?”
“Do you make good adjustments during games?”
“Do others speak highly of your coaching ability?”

So, how do you improve your credibility as a coach?

Apart from winning more games, you should be constantly striving to improve yourself as a basketball coach.

In this post I show you 13 different ways to improve including tips such as attending as many clinics and coaching courses as you can, attending the practices of more experienced teams, and more.

“Touch every player every day. In practice, at meetings. Touch develops trust between the coach and the player” – George Karl

Unfortunately, I forget where I first read this quote from George Karl, I do remember the impact it had on my thoughts from the moment I read it.

Admittedly, I hesitated to include this tip in the article. In this day and age it’s controversial whether even high-fiving a player as they come out of the game is appropriate or not.

I’ve included this tip last because I want YOU to give me your feedback on George Karl’s quote.

I agree with the premise of his quote, but I think it becomes difficult when you start taking into account all the variables…

In my opinion, trust can be developed from touch in situations like patting a player on the back as you’re walking past to say hello, putting your hand on a players shoulder as you lead them somewhere on the court while explaining a drill, high-fiving players after practice or a game, etc.

So I want your opinion, do YOU think trust can be developed from touch? If so, what’s the best way for coaches to do this?