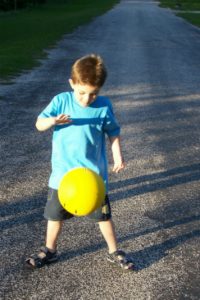 Do you ever find at practice or clinics that your youth basketball players aren’t paying attention? You look over and see them mucking around talking with their friends, or simply day dreaming? Paying absolutely no attention to what you’re trying to teach?

They can be sneaky about it too. One minute you think they’re paying attention and following instructions, then as soon as you turn your back they’re off shooting when they’re meant to be practicing their ball-handling drills.

As youth basketball coaches, this is a problem we will always have to face.

I’m going to give you the 4 steps I’ve been using for many years to help battle this problem, which I think work very well.

Getting The Player’s Attention

Here I’ll go over the 4 simple steps I use that you can implement immediately to grab all of your player’s attention and get them focusing and listening to you.

But first, you must understand that getting their attention for the entire season must start on the very first day of practice.

I always like to use the first practice to lay down some ground rules for the entire season. This will definitely pay off as the season progresses and make your practices much more efficient and productive.

While you can implement these steps mid-season, It’s definitely a lot harder, so I don’t recommend it. By that time you’ve probably got your team into a routine that the players are use to and will be use to following.

Anyway, on to the four steps…

But before I tell you them I want to tell you exactly why we’re using the four steps.

Basically, what we’re trying to do is develop a routine for the youth basketball players to follow. Children respond incredibly well to routine once it’s developed.

So what exactly are the four steps to gaining the attention of my youth basketball players?

Let’s get into it…

You’ll be performing a series of loud claps to get all of your players attention (Why you’ll be clapping rather than using a whistle I’ll get to in a minute).

This clapping is used as a trigger to start the routine.

You may need to perform the series of claps a couple of times until you get everyones attention if you have a larger group.

1. It immediately stops every player from what ever it is that they were doing and focus on the coach.

2. The players love doing it!

3. We want the youth basketball players to produce a response.

Getting a response from your players is the key most coaches miss when it comes to youth basketball.

The response drags the player away from what they were being distracted by and requires there attention.

Now when I say distracted, I don’t necessarily mean a bad distraction. A player could be practicing their shooting while another could be chatting to his friend.

The beauty of the clapping technique is that regardless of what the player is doing, it requires their immediate response so they must stop what they’re doing.

Whereas if you’re using a whistle, you’ll find some of the players hear it but for some reason decide not to pay any attention to it… because it doesn’t require an immediate response from them.

3. Send them to a Designated Area of the Court

For younger players, once they’ve clapped I get them to immediately run to the centre of the court and sit down.

For players who are a bit older, you can either get them to stay where they currently are and focus their attention on you, meet in the centre of the court, or jog to where ever you are on the court.

But I highly recommend you get them to meet at the centre of the court. I believe players pay much more attention when you’re close to them rather than shouting across the gym.

Once the players are in the centre of the court, there are two very, very important rules you should enforce.

2. All Eye-Balls on the Coach

I try to keep it as simple as possible when they’re young as to not confuse them. I’ve seen other coaches give them other rules like ‘no fidgeting’, but I believe these two simple rules cover everything you need.

The less rules they have to remember the better.

How to Teach your Team this Routine

Alright, I’ll admit it. It seems like a big routine and a pretty daunting to teach to a group of youth basketballers…

That’s why I’m going to run you through step-by-step exactly how I’ve done it with every youth basketball group I’ve ever coached.

Trust me, you’ll be glad you did it!

The best day to teach your players this routine is on the very first day. I’ve always done it then, and I highly recommend you do too.

The first practice is best because everyone is always eager and ready to learn. It’s as the season progresses that the players start to slack off, so let’s drill our routine into them early.

Here’s how I teach it to my players…

1. Get all of your players sitting down around you.

2. Tell the players you have one very important rule for the season.

3. Then proceed to explain to them that ‘when ever the coach claps, you have to stop what you are doing and copy the claps he does’.

This can be hard for children to comprehend at first, so I usually say “Let’s try that quickly”, and then spend a bit of time clapping while they copy me.

Once they’ve all got it worked out, make sure that you reassure them that they’ve got it right and to remember it.

4. Then tell your players ‘After you’ve copied my claps, you have to run to the centre of the court and sit down straight away’

5. At this time, I want to test just how much they’ve been listening.

I’ll get all of the players to get up, grab their basketballs, and I make them perform a super easy drill. I usually just get them to dribble in a clockwise direction.

6. After about a minute of this, I’ll perform my claps.

7. Everyone usually stops immediately and mimic my claps – good start. Then I’ve found a bit over half of the players will remember that they need to go to the centre circle and sit. Those that forget will see the others and remember too.

8. Once everyone’s in the centre, make sure to give them some positive reinforcement and tell them how good they’ve done.

But then stress how important it is to come immediately to the centre of the court after they’ve finished clapping. Don’t point out the players that forgot, just say it to the entire group.

9. This is where I tell them the last step of the routine.

I tell them ‘There’s still two very important rules once you all sit down. Rule 1: Everyone must be looking at me. And Rule 2: Everyone must stay completely silent (I usually say this in a whisper and then gesture of locking my lips).

Now Get Out There And Teach It!

I really hope you got a lot out of this article and implement the steps I’ve shown you.

I know you’ll be back to thank me when you see how well this routine works with youth players!

Do you have any techniques you use to get your players attention?

I’d love to hear your thoughts in the comments.

How to Perform the Euro Step in Basketball (5-Step Guide)

How to Master the Pump Fake in Basketball (5-Step Guide)