How to Play the Knockout Basketball Game (Rules and Variations) 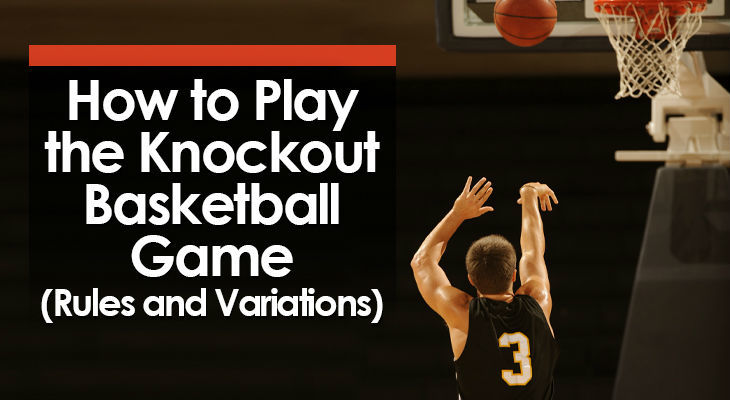 You may have heard it called 'elimination', 'lightning', 'bump', or a bunch of other names depending on which corner of the world you're living.

But regardless of what you call it...

Here's a brief overview of the game and then I'll expand on it below:

"Every player gets into a single line. The first two players have a basketball. Players must shoot until they score. If the person behind you scores before you, you’re out. If you score before the player behind you, join the end of the line."

Want a more detailed guide on the knockout basketball game?

If you want a video of the basketball knockout game in action, here's one by Jr NBA.

The main reason coaches and teachers play knockout is for fun.

But there are also several basketball skills practiced during the knockout basketball game:

1. To begin the drill, the first player in line shoots from the designated spot.

2. If they miss, the shooter can immediately sprint in, rebound the basketball, and then finish with a layup or close shot around the hoop.

3. As soon as the ball leaves the shooter hands, the second player can shoot the ball.

4. If the first player makes a shot before the second player, then they quickly rebound the ball and pass it back to the next person in line.

6. This continues until there's a winner.

Shooting Spot Location - Instead of always using the free-throw line, change the spot players are required to initially shoot from. You could make it further away (three-point line) or even closer for the youngest of players.

Must Make Distance Shot - Instead of finishing with a layup after a missed shot, players are required to rebound the ball, retreat back to the 'shooting spot' and then shoot again.

Left-Handed Finish - If you're coaching advanced players, set a rule that players must finish with their non-preferred hand after missing the first shot.