10 “Little Things” All Basketball Coaches Must Do 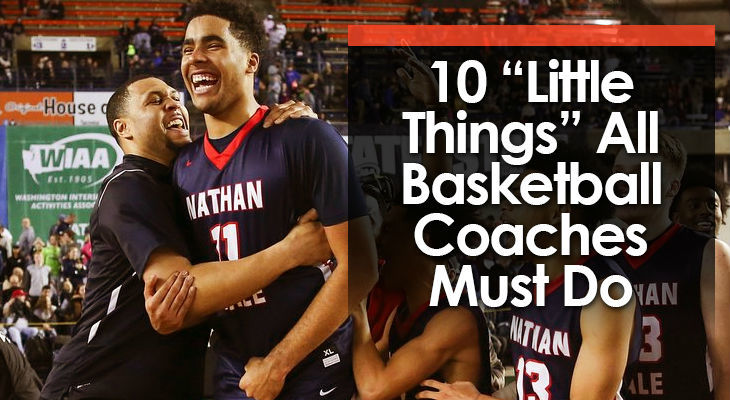 If you listen to any pre-game speech by a basketball coach, you’ll hear them talk endlessly about the little things.

“We must do all the little things that our competition isn’t willing to do!”

But they make a BIG impact on the final score.

And the same is true for coaches…

There are many “little things” coaches can do that will have a large impact on the success of the team and the individual players on it.

#1 - Give Your Players Individual Workout Sheets

Giving each player an individual workout (here are three examples) takes up very little of your time, but can make a BIG difference to a player’s long-term development.

A quick story about myself to show you why:

When I was much younger, I’d wake up early and go to the gym several times a week to work on my game.

What I didn’t realise at the time is that I should have been going through a workout that involved game shots, from game spots, at game speed.

Giving your players individual workouts ensures that they’re working on the right things when they’re practicing alone in the gym.

(Bonus points if you give each player a personalised workout.) 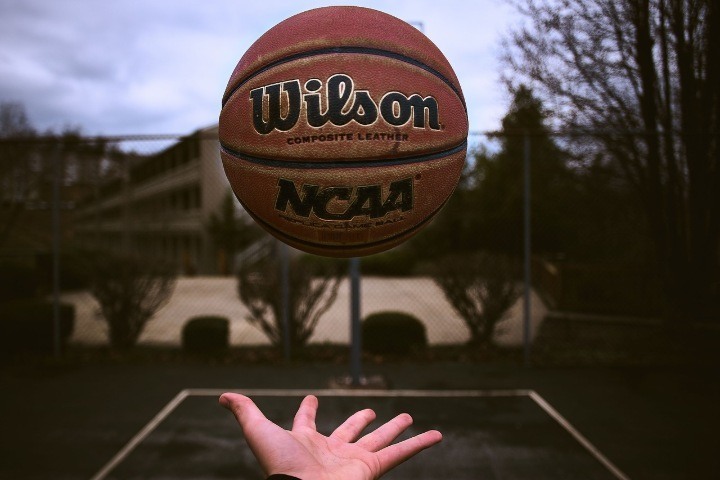 #2 - Connect With the Parents on Your Team

Everyone talks about developing a connection with players…

But what about their parents?

Having a rock-solid relationships with the parents on your team will result in a much happier and more successful season.

“Why does it make a difference?”

One of the main reasons is that it gives parents the opportunity to approach you if they have an issue with your coaching.

If you haven’t established a relationship, there’s a big chance they’re going to say negative things about you behind your back instead.

#3 - Schedule Time to Plan Every Practice

That’s the excuse every coach gives when they fail to arrive at practice with a clear plan of what the team will work on that day.

It’s the result of poor daily life planning by the coach.

I refuse to believe anyone is so busy that they can’t find 30 minutes throughout the week to figure out a practice plan.

After all, a study I read recently said the average person spends 8.8 hours per day engaging with digital content.

Surely we can steal a small piece of time away from our iPhones and iPads to plan our weekly basketball practice, can't we?

#4 - Seek Out Wisdom From Great Coaches

You’d be surprised how many fantastic basketball coaches are willing to share their knowledge once you start asking the right questions.

When I first started BFC, I reached out to many coaches on Twitter to learn more about their offense, defense, coaching philosophy, etc…

95% of coaches were more than willing to share and answer questions.

I had the same experience offline, too.

Reach out to local basketball coaches who have been around the game for a long time and see if they’ll give you any advice.

#5 - Record One of Your Team’s Practices

If you’ve got a video recorder available (a phone camera will do fine), set it up before players arrive at the gym and record an entire practice.

This will give you a number of valuable insights:

It’s always interesting to see yourself leading a practice, and I’m sure you’ll find a number of key areas that you can improve on.

Sit down with pen, and then diagram 3 - 4 set plays on a piece of paper that you can keep in your pocket during games.

Don’t be afraid to pull this out to draw up a play late in games when your team desperately needs a quick basket.

As an absolute minimum, make sure you have a baseline play (BLOB), a sideline play (SLOB), and two set plays.

(steal some from here)

#7 - Lead with Energy and Passion

Players feed off their coach’s emotions.

If you arrive to practice looking half asleep and then bore everyone with 3 minute pre-practice speech, I guarantee the first 30 minutes of practice is going to be lacking energy.

But if enter the gym with a smile and some enthusiasm… 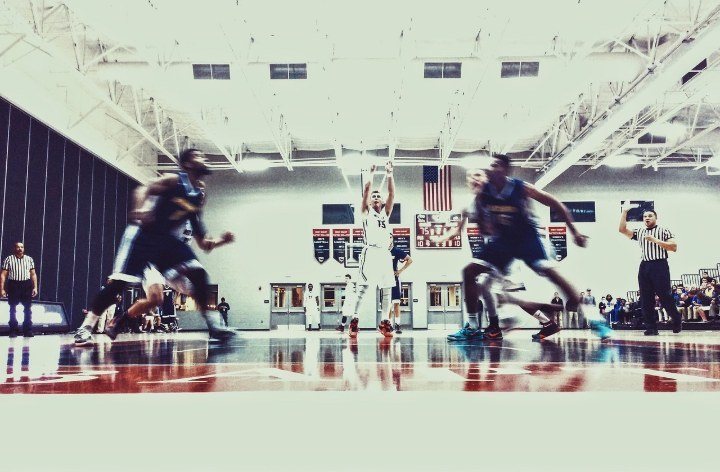 #8 - Focus on the Small Details During Games

Coaches are required to pay attention to many things during games.

Most coaches have no problem keeping up with the big things listed above, but many overlook the smaller details.

And these small details can be the difference between winning and losing.

a.  Which opposition players to foul in a close game

If you’re losing with under a minute remaining, you might be forced to foul if the opposition decide to hold the ball instead of shoot.

In cases like this, it pays to know which opposition players your foul and send to the free-throw line.

b.  Number of fouls on key players

You should always know which players are in foul trouble on both teams.

Far too often I see coaches get “caught out” when the referee tells them one of their best players has just committed their 4th foul.

Knowing if opposition players are in foul trouble also helps.

For example, if the opposition’s star player commits a 2nd foul before half time, you might run an isolation play to attack them.

They’ll either play poor defense to avoid fouling, or they’ll pick up another foul which will force them to spend more time on the bench.

Players should never be forced to stand around in long lines for several minutes waiting for their turn in a drill.

Some coaches believe that’s just what happens when you have a big team.

Those coaches are using the wrong drills.

I’ve attended practices where a coach with 15 players on the team will set up a 1-on-1 shooting drill that takes about a minute while their teammates are standing on the baseline. Players stand around for 5 minutes waiting for their turn. Don’t do this.

Know how many players are going to be at practice, and then select drills that are appropriate for the number of players you have.

#10 - Bring an Extra Basketball to Practice

Some coaches refuse to do this because all players should be responsible enough to bring their own ball to every practice.

But if you’re coaching kids, some one will forget.

(or they’ll arrive at practice with a flat basketball)

Personally, I’d prefer to have a spare basketball available instead of forcing a kid to sit out for multiple drills during practice.

Just make sure to let them know it shouldn’t happen again.

Most coaches are just going through the motions…

They turn up to practice unprepared, they aren’t trying to improve themselves, and they don’t care about building a relationship with each player and their parents.

By figuring out the “little things” you can do to help your team, you’ll automatically give them a huge advantage over teams being led by coaches who don’t care.

You can make a difference.

What other “little things” should coaches focus on?

Let me know in the comments below.