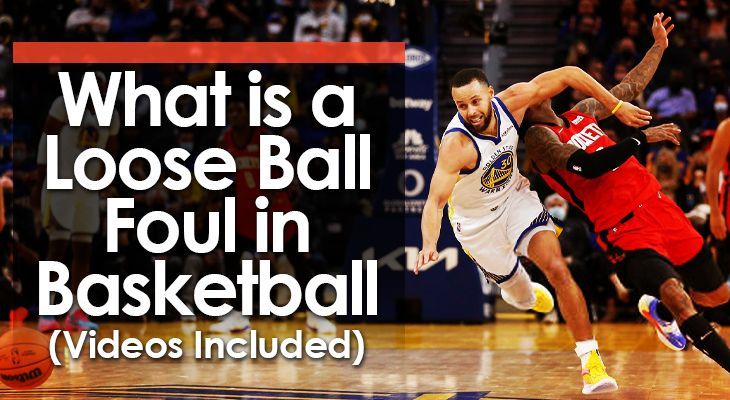 During a basketball game, occasionally a player will commit a foul on an opponent while the neither team has claimed possession of the ball.

There is a specific name for that type of foul – a loose ball foul.

In this post, we will explain what a loose ball foul is, I'll share some examples, and then we'll discuss how to avoid committing one.

What is a Loose Ball Foul?

When neither team have possession of the basketball, the ball is considered "loose".

This can happen after a deflection, after a rebound, etc.

A "loose ball foul" is whistled when a player commits a foul on an opponent when neither team has possession of the basketball.

This type of foul can be called on both offensive and defensive players.

It's fairly self-explanatory in its name.

If the ball is loose and a foul is committed, it becomes a loose ball foul.

There are two main situations when loose ball fouls occur:

Let's discuss both of them in detail (and with videos):

After the ball is mishandled by the player in white, the player in orange dives for the ball and makes contact with the legs of the white player as they're regaining possession.

This is a loose ball foul on orange.

Player in orange mishandles the ball. As she goes back to retrieve it, the player in black dives for the ball and makes illegal contact with orange's legs.

This is a loose ball foul on black.

This is a loose ball foul on white.

This is a loose ball foul on blue.

Penalty for a Loose Ball Foul

A loose ball foul is treated like a regular personal foul.

The player who committed the foul will be given a personal, and if it's their fifth they will be disqualified and have to leave the game.

If the team fouled is in the bonus, they will receive two free throws.

If the team fouled is not in the bonus, they will be awarded the ball out of bounds near to where the foul occurred on the floor.

1. Keep Your Hands Off the Opponent

This sounds extremely simple, but it's the easiest way to avoid getting called for a foul.

When you're going after the basketball, focus on the ball and your best path to gain possession.

If you're battling for an offensive rebound, be sure not to push a player that is boxing you out.

It's difficult to avoid nudging someone who's in your way, but this will result in a loose ball foul.

If the ball is loose and you want to dive on it to gain possession, make sure you aren't diving at an opponent's legs. This will undercut them and result in a foul. 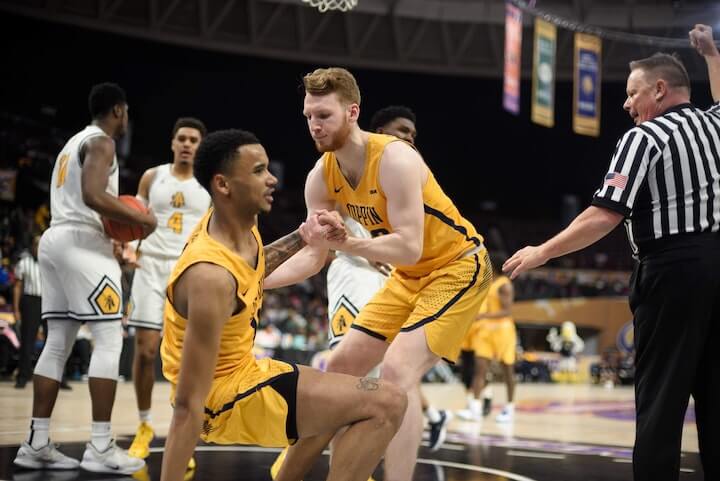 Fighting for loose balls on rebounds, bad passes, and steals can be dangerous.

With several players going after the ball at high speeds, injuries can occur.

When two or more players are going after the basketball and one of them gets called for a loose ball foul, tensions can rise.

When tensions rise, technical fouls can be called to try and gain control of the situation.

Flagrant fouls are when a player makes unnecessary or excessive contact.

If two players are going after a loose ball and one gets excessively shoved to the ground, the referee may determine that a flagrant foul occurred. 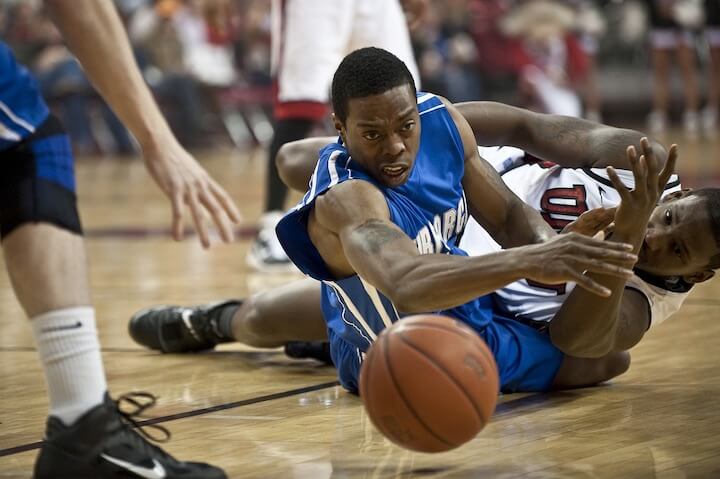 Loose ball fouls are common in the game of basketball.

Typically they just result in a turnover, but they can be costly for the team.

These fouls often occur when players are diving for the ball or on rebounding opportunties.

Use the tips above to ensure your team avoid committing loose ball fouls.