Maximizing Your Player’s Level of Play 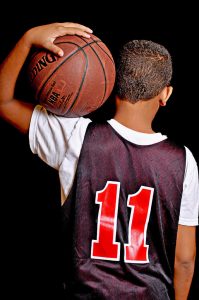 This is a guest post by Kyle Ohman of www.basketballhq.com

One of the biggest responsibilities that a coach has is to maximize their player’s level of play. The players are who ultimately win games, so it makes sense to spend time making sure you get their best. Having both played basketball at the collegiate and pro level and then also coaching a high school basketball team at the national level, I have been able to be on both sides of the player coaching dynamic. From having these experiences I have been able to get a little insight from both sides that might help you with your team. Here are 3 tips to help you as a basketball coach in getting the most out of your players and ultimately maximizing your chances to win games.

Learn what motivates your players on an individual basis

Not every player is motivated the same way so it doesn’t make sense to try and do the same thing for every player. For example you might yell at two players the exact same way about being soft or lazy during a basketball workout. One of the players will do everything he can to work harder and prove you wrong, while the other might shut down and think to himself; “Maybe I am soft.” This doesn’t mean that you play favorites and don’t ever yell at certain players, but make sure that an assistant coach comes along behind and pumps them back up and says something like; “Coach is only getting on you because he knows you can really help us out” or something like that. It takes time to learn how each player ticks, but it is key if you want to get the most from each player.

We have all heard the term, “rebuilding year” or heard coaches say that they have trouble getting really good players to come play for them. That is a cop out though and too many basketball coaches allow this to be an excuse rather than developing the players that they already have. You may not have as much talent as you would like on your team, but you better be spending time on a regular basis developing your players skill level. You need a shooters? Then train your players to be better shooters. Do basketball shooting drills on a regular basis that are going to help you players develop.

Work with what you have and get every player to the best that they can possibly be and you will be surprised at how many games you have a chance to win. Working with your players will give them confidence in themselves and that is big part of the battle. We have all seen the players that aren’t very good, but because they think they are good and play with confidence, they have a positive impact for their team.

Get to know your players outside of basketball

If a complete stranger came up to you and asked you to spend the entire day helping him move you might say yes out of the kindness of your heart (if you are a really nice person), but you are not going to really want to do it. If your family or best friend made the same request you would want to help them because you care about that person. The same goes for coaching and getting your players to buy into what you are asking them to do.

Players are way more likely to give you everything that they have on the floor if they know that you genuinely care about them. Learn about your player’s families, significant others, friends, likes, dislikes, etc. Players want to know that their coach cares about them more than just how well they do on the floor. There are going to be players that you like better than others, it is just the way it is, but do your best not to show favoritism. Don’t be fake about it either, because player’s can sense when you are fake and that will just make it worse.

So next time before you start to say, “If I only had more talent” or “wait until next year” ask yourself if you are doing everything possible to get the most out of the players that you already have. Build one of your players into an all conference player. Challenge yourself as a coach and do your best to maximize each player’s skill level. You owe it to each individual player and the team as a whole to maximize each players talent.

This article was written by Kyle Ohman. Kyle Ohman was a thousand point scorer at Liberty University (div. 1), was ranked the 19th best shooter in the country by Fox Sports his senior year. Kyle has also played professionally in Spain. Most recently he coached a high school team that played on a national level and beat the 12th ranked team in the nation. Coach Ohman is the Co-Owner and founder of BasketballHQ.com