Players who are able to score from post moves are rare in today’s game.

In the past, the majority of points came from the low post…

Guards would bring the basketball up the court, throw the ball inside to the team’s post players, and then these ‘bigs’ would then use their power and strength to score in the paint.

But in this age of basketball, guards have taken over as the dominant position.

Rarely does the basketball get passed into the low post.

And when it does, very few players have the skills to score consistently from the post up.

This leaves a big opportunity to become one of the few dominant low post players for whoever is willing to put in the time to improve in this area.

These skills are especially important for youth players where outside shooting is poor and most of the game’s points come from around the rim. 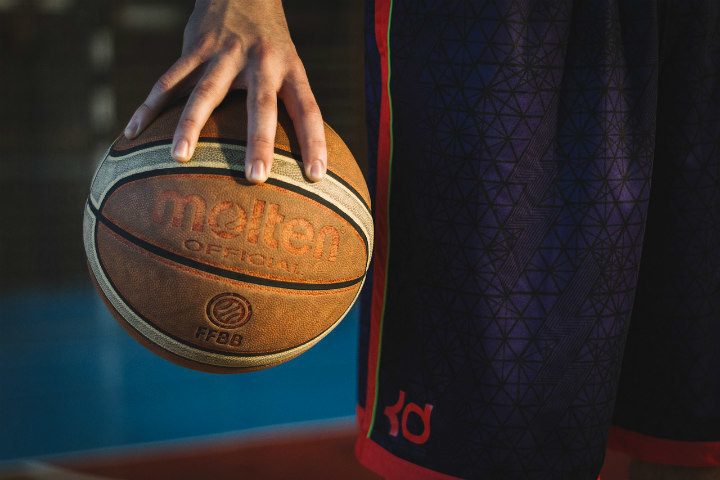 The simple jump hook is the #1 post move every player should have in their bag of tricks.

It’s simple, effective, and can be used by any player.

The best time to use this post move is when the basketball is deep in the paint.

After you’ve caught the ball inside or backed your opponent down, simply turn sideways to the basket (right or left), bring the ball up, and then flick your wrist to put the basketball in the hoop.

The up and under post move is the perfect counter move after you’ve made a few hook shots.

Your defender will anticipate a small jump hook and will be ready to jump out of the gym to block your shot when they get another chance.

But they don’t see what’s coming…

Instead of going up for the jump hook, you fake the shot, step through, and finish with a wide open layup as the defender floats in the air wondering what happened.

Detailed ‘Up and Under’ Example: 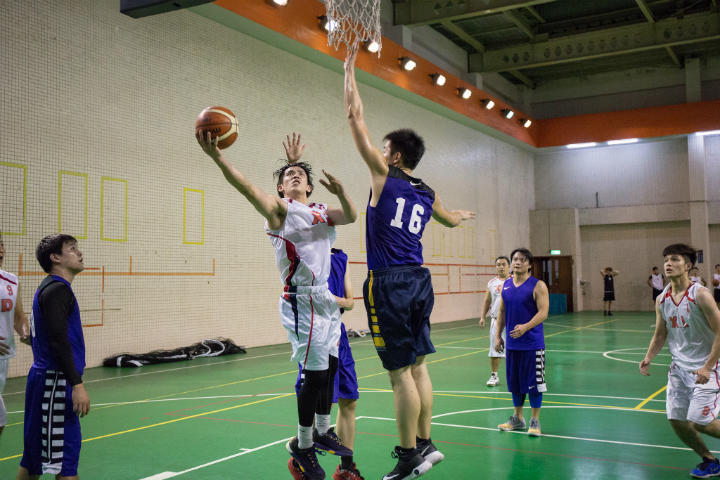 The drop step can be a deadly weapon in your post move arsenal.

It’s not a complicated move, but it requires a player to quickly read the positioning of their defender and execute the drop step at exactly the right time.

If a player doesn’t time it correctly, they’ll end up charging straight into the defender or getting their shot pinned against the backboard.

For the drop step to work, you must get the defender to commit to one side, extend your foot backwards as you take a dribble, and then use your body to shield the basketball.

If executed correctly, the only way for the defender to recover and block the shot will be to go over your back leading to a foul.

This was the chosen move of both Michael Jordan and Kobe Bryant when they received the basketball in the low post area.

It’s an advanced post move, but it can take your game to the next level if you can master it.

The goal when shooting a fadeaway is to create enough separation between yourself and the defender to take an open jump shot.

This is done by jumping away from the hoop.

The advanced difficulty of this shot is because players must have the strength to shoot while fading away, be able to judge the shot distance to perfection, and stay in control of their body.

The quick spin post move should be made immediately after catching the basketball.

It involves reading the defender before receiving the ball and noticing they’re bodying up and playing very close. And possibly even favoring one side.

When you make the catch, immediately spin the direction you feel has more space.

Depending on how far away you are from the hoop, you may have to take a dribble.

As you roll off the opponent’s shoulder, they’ll be locked behind (similar to the drop step) and the only way for them to recover will be to foul you from behind. 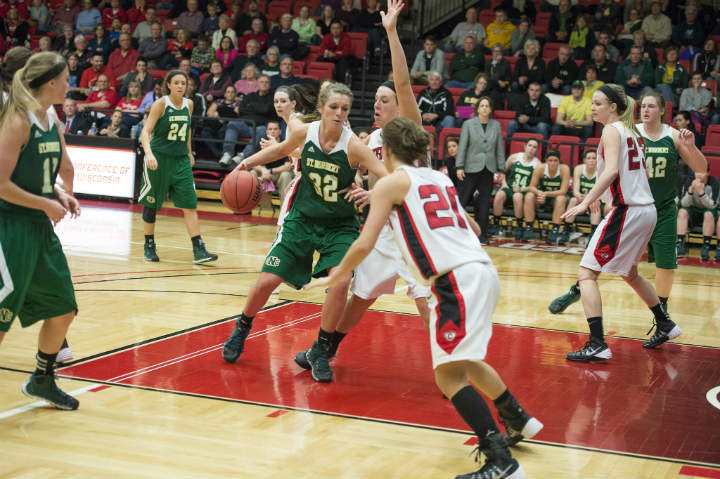 This is one of the basketball post moves to use when you have a significant strength advantage over your opponent.

It involves backing down the smaller or weaker defender until they’re close to the rim.

From here, the offensive player can finish with a jump hook or simply turn around and put the ball in the basket depending on their height advantage.

This can be a great option when an opposition guard gets switched onto a post player.

Savvy guards will attempt to take a charge in this situation.

Make sure you’re using your rear end to back down instead of drilling your shoulder into the opposition player.

Detailed ‘Bully Back Down’ Example:

Made famous by Kareem Abdul-Jabbar, the skyhook is the most advanced post move in all of basketball.

So advanced that no one has been able to make the skyhook shot consistently since Kareem retired from the league in 1989.

There are a few subtle differences from the jump hook:

“Why has no one developed a consistent skyhook since then?”

If you’re one of the rare players who is willing to put in the work on this move, I’m confident it could result in a lot of points added to your game.

Let’s step out from the low block a little bit…

Facing up to your defender can be a great move if you can consistently make a mid-range jump shot or you’re faster than your opponent.

To do this, receive the basketball one or two steps out from the low block.

If you can make the jump shot, your defender will be forced to take a step closer to prevent giving you an open look.

If they don’t, immediately raise up into your shot and kiss the basketball off the glass. 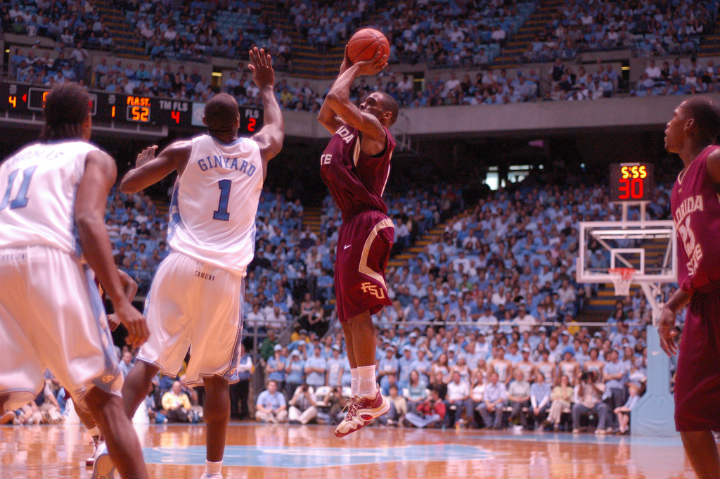 Once you face up to your opponent, the other option you have is to attack the hoop past your defender using one dribble.

You’ll get an opportunity to attack if the defender closes down the space between you and them or if they bite on a shot fake or jav step.

One of the major benefits of attacking from such a close distance is that it will be very difficult for the defender not to foul when they challenge the shot.

With good footwork and smart decisions, you can quickly get your opponent in foul trouble by facing up and attacking the rim.

But you need to be effective with several because you never know who’s going to be defending you during games and everyone can be exploited differently.

While you might prefer going to the drop step, if you’re being guarded by a tall player who chooses to step off, the drop step might not be effective.

Instead, you must be able to step out and face up to continue scoring in the post.

Having a wide variety of posts moves to use during games is important.

How to Get a College Basketball Scholarship (11 Tips)

How to Develop a High Basketball IQ (and 14 Examples)