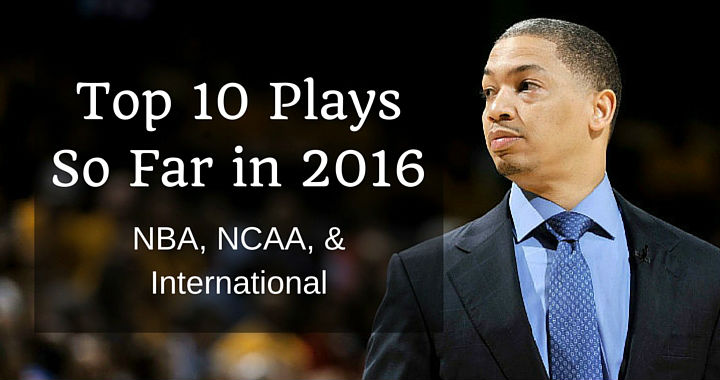 This is a guest post from Coach Wes Kosel. You can follow him on Twitter at @coachkosel and check out his blog www.hoopschalktalk.com which specializes in the X’s and O‘s of basketball coaching.

2016 has been a big year for basketball all over the world already.

One of the things that continues to stand out is how the strategy coaches are using continues to evolve and improve.

Coaches like Brad Stevens, Tyronn Lue, Gregg Popovich, Jay Wright, and many more continue to prove their brilliance with new plays and actions that are leading their teams to success.

Ron Baker shows the value of cutting hard in this play. After setting a down screen, Baker comes off of a cross screen and looks to throw the ball inside to the post. 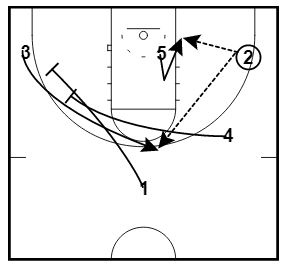 Toronto used this play in the NBA Playoffs against Miami. The cutter turns down the staggered screen and makes a cut to the rim. The bottom screener then curls around the top screen for a shot in the lane. 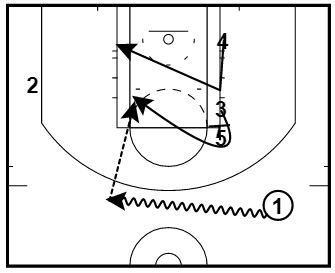 The Spurs are a beauty to watch on offense with their movement and spacing. In this play, the point guard dribbles towards the wing pushing the corner guard into the lane. This spacing creates a two-man action for a pick and roll, pick and pop, etc. 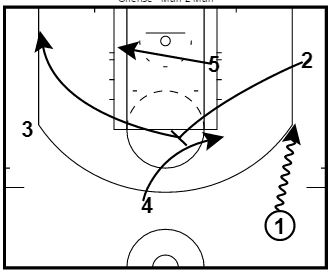 This quick hitter gets a wide open layup for Pau Gasol. Gasol slips the drag screen as his defender tries to jump the action. 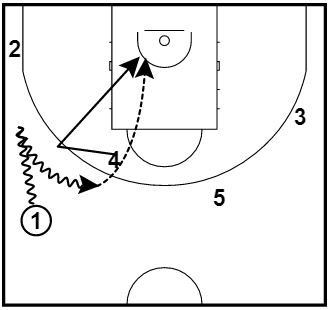 Villanova used a horns series throughout the NCAA Tournament. In this option, Coach Wright rolls the ball screener off of the opposite horns post into the lane. Once the ball is in the post, the opposite big dives down the lane for a dunk. 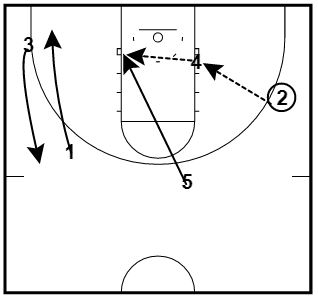 Kansas saw a lot of zone defense in the NCAA Tournament. In this play against UCONN, Perry Ellis does a great job moving around to an open spot in the middle of the zone. Once Ellis has the ball at the high post, the middle defender steps up leaving Lucas wide open for two points.

Mexico gets a huge lob dunk out of this play by spreading the floor and using a high ball screen. As the big man rolls to the rim, the corner player lifts up from the corner forcing his defender into a tough spot. 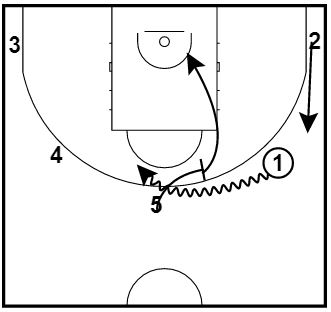 Coach Brad Underwood ran a variety of plays out of the 2-guard front, or 2-1-2 set. In this play, the big bumps on the second cut and the guard stops at the high post for a pinch post ball screen.

Coach Gard called this play with 2.0 seconds left in the NCAA Tournament against Xavier. The players circle around and Koenig cuts to the wing for a 3-point shot. The Badgers won the game with this play. 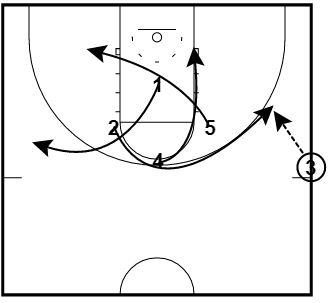 Cleveland went to this horns series several times in the NBA playoffs and had a ton of success with it against Toronto. In this option, Richard Jefferson gets open for an alley-oop from LeBron James.