One of my favorite things about basketball is that there are many different defensive strategies your team can use to defend against an opponent.

From the man-to-man defense which is the staple for many teams all over the world, to a zone defense which can be useful to shut down an opponent with specific strengths.

Which basketball defense you select will depend on a number of factors regarding the team you're coaching: 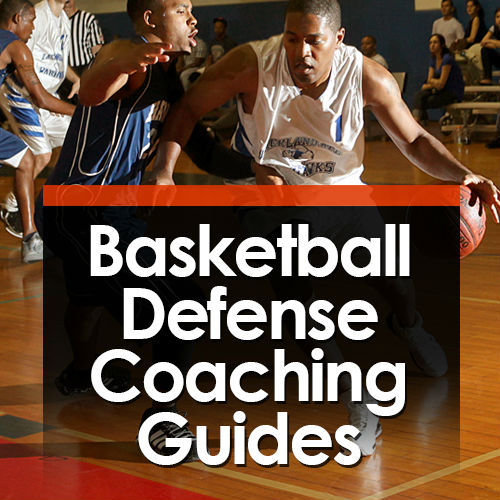 Below I've linked to 10 complete coaching guides (comprising of over 42,000 words!) that will show you exactly how the defense works and how to implement it on your team.

I plan to continually update this page as we create more complete coaching guides!

When playing half-court defense, you essentially have three different categories of defense. 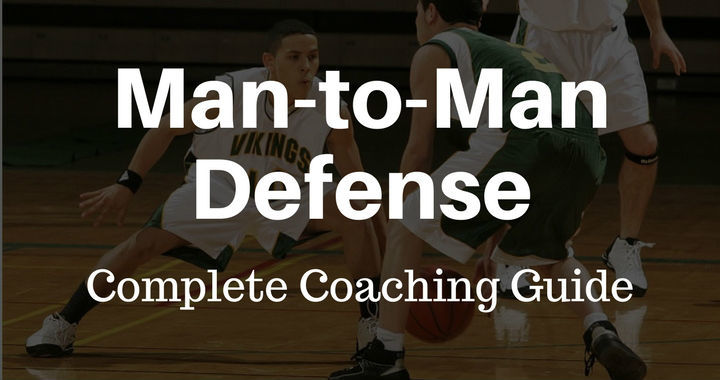 The man-to-man defense is the most common basketball defense at all levels and for a very good reason...

It's the best defense for development and preparing your players to defend against anyone and in any competition.

It involves all 5 defensive players being assigned one opponent and then attempting to lock them down while also helping their teammates.

Developing player who can play the man-to-man defense at a high level is one of the most important things a youth coach can do.

The Pack Line defense was created by Dick Bennett and can be better thought of as a 'sagging' man-to-man defense.

This means that instead of the players one-pass away denying the basketball, they're defending in the driving lanes.

Using this defensive strategy does a better job of preventing the opposition from driving the ball into the key.

Along with the man-to-man defense, I do recommend this defense to all youth basketball coaches.

The 3-2 zone defense is a disruptive zone that forces the opposition to attack in ways they're not used to.

While most people believe this defense is primarily to stop outside shooting, it's actually very good for guarding the low and high post.

Along with that, this is a great zone to use if your struggles to rebound the basketball effectively.

Make sure not to get the 3-2 zone confused with the 1-2-2 zone which sags in on the wings instead of denying.

The 1-2-2 zone defense is the defense most people are thinking of when they talk about a 3-2 defense.

This is a great defense to use against teams who shoot a high percentage from behind the three-point line.

Players must keep their hands up at all times, move on the air time of the pass, and make sure to crash the boards.

The 2-3 zone defense is the most common type of zone defense that will be played during youth and high school competition.

It involves two players guarding the top and three players spread out along the baseline to cover the key and the corners.

The main strength of this zone is that it locks down the key with multiple defenders and forces the opposition to shoot from the outside.

​While very popular (and effective), I don't recommend playing zone defense at the youth level.

The 1-3-1 zone defense is an aggressive and unique defense that's incredibly difficult to play against.

This is because the 1-3-1 cuts off the regular passing lanes and forces the opposition to completely change how they look to score.

It works best if you have long and athletic players, but can be utilized by any team at all levels.

If you choose to implement this defense on your team, be prepared to play a lot of fast break basketball.

The box and 1 defense can be utilized when you're competing against a star opposition player surrounded by weaker teammates.

It involves 4 defensive players setting up in a box zone while 1 defender plays man-to-man defense on the opposition's best player.

As most teams will be used to their best player doing most of the scoring, this defense forces the opposition's weaker players to score.

If you're looking for a disruptive junk defense, the box and 1 is a great option to consider.

When playing full-court defense, there are two main categories:

The ‘Run and Jump Defense’ is a full-court man-to-man press with rules that encourage jump-switching and trapping.

This defense is best used by a team that wants to play man-to-man full court and wants to increase the speed of the game.

Unlike most defenses, the run and jump relies on players reading the opposition and then making decisions when to trap by themselves.

If you want to catch the defense off guard and play up-tempo basketball, this is definitely a defense to consider.

The 2-2-1 press is a three-quarter court press that will provide great trapping opportunities for any team who utilizes it.

It is the one of the most popular presses and can be used by teams at either the youth level or high school level.

The 2-2-1 press can be played aggressively or conservatively depending on your team and how you want the rotations to work.

I highly recommend this press for any coach and team because of the variations available.

The 1-2-1-1 press is an aggressive full court press with many different variations to suit any team that wants to run it.

The press starts by trapping the basketball immediately after it's been inbounded and then attempts to pick off the next pass.

This gives your team a lot of time to recover back in defense if a steal or deflection wasn't made.

If you want to put your opponent under immediately pressure in the full court, give this press a shot!