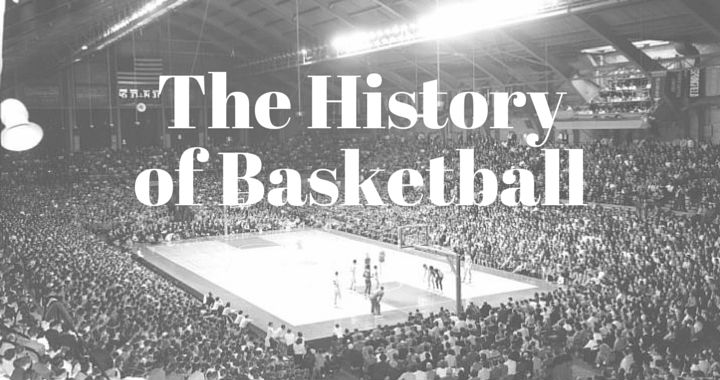 Who invented basketball? That’s a question I receive a lot as a coach.

As coaches and lovers of the game, it’s important (and fun!) to know a little basketball history and the origins of the game we all hold so close to our hearts.

The game of basketball originated in December 1891 by a Canadian born man by the name of James Naismith.

Naismith was a teacher at the YMCA training school in Springfield, Massachusetts. He was required to train young men to become instructors at newly opened YMCA centres.

With the cold weather keeping the class indoors, in December 1891, Naismith was asked by the schools Superintendent of Physical Education, Dr. Luther. H. Gulick, to create an indoor game that would keep the young men active during the cold winter months.

Upon this request, Naismith nervously set out to create a game that his class would enjoy. In a diary found many years later he had written…

With the help of his wife and memories of playing ‘Duck on a Rock’ during his childhood, he decided to create a game that would focus on skill rather than strength.

For those who are curious… ‘Duck on a Rock’ was a game in which players threw rocks at a certain target placed on top of a large boulder or tree stump.

The game he ended up inventing is the game we all know and love today – basketball.

How Basketball Was First Played

The object of the game is to work as a team to throw or bat the soccer ball into the opposing teams peach basket, while defending a score in your peach basket from the opposition team.

As you can imagine, it was a major pain getting the ball out of the peach basket when a team finally scored. Some say they used a long poll to push the ball out, others say someone was required to climb a ladder to retrieve it…

Either way, the initial players weren’t great shooters so they didn’t have to worry about this too much! Heck, in the first game ever played there was only one score during the entire game! But I’ll explain more about that game later in this article.

Originally the game involved nine players on each team… What! Why nine players? Because Naismith’s class had 18 people in it.

He also developed rules for the game known as ‘The 13 Rules of Basketball’.

The 13 Rules of Basketball

The First Game of Basketball Ever Played

The first game of basketball ever played on the 21st of December, 1891, at the YMCA training school in Springfield, Massachusetts.

The gym was incredibly small. Only 50 feet x 35 feet, compared to current day courts which are 94 feet x 53 feet.

Naismith arrived early that day. Little did he know he was about to create basketball history…

After posting the ’13 Rules of Basketball’ on the bulletin board of the gym, he then nailed a peach basket to the lower rail of the balcony on both ends of the gym.

When the players arrived, Naismith split his eighteen students into two teams of nine players and done his best to teach them the 13 rules of basketball.

Little did James Naismith or of any of his players realize how big this new game would become in a very short amount of time.

The players involved in the first basketball game were;

William R. Chase scored the only goal of the game from 25 feet away from the basket… becoming the first person to score a goal during a game in basketball history!