3 Box Out Drills to Improve Your Team’s Rebounding 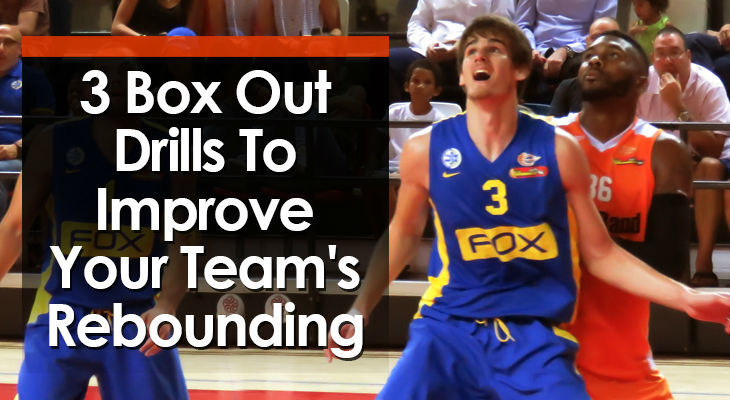 Many basketball players and coaches believe that unless you're blessed with good height or jumping ability, you can never become a great rebounder.

While height and a big vertical jump definitely helps, being a great rebounder comes down to being able to read the ball and smart positioning.

Using effective box out drills during your practices can quickly teach even the shortest teams how to dominate the boards.

This will mean fewer scoring opportunities for the opposition, more shots for your team, and the benefit of keeping momentum on your team's side.

Check out these 3 boxing out drills:

One player will continuously shoot from the top of the key while four players (2-on-2) battle to secure rebounds. When a player rebounds the basketball, they receive one point for their team and then must immediately pass the ball out to the shooter who will shoot again. The team who accumulates 10 points first is the winner

A competitive box out drill that will teach players the importance of establishing position early against their opponent. Players will practice reading the flight of the ball and will learn how to position themselves to give them the best chance of securing the rebound.

Shooting Distance - Depending on the age and shooting ability of the players you’re coaching, you can change the shooting distance. For younger players, get them to shoot from the free-throw line instead of the top of the key.

Points Needed - Instead of needing 10 points to win, change this number higher or lower.

This is a high intensity rebounding drill which will teach players how to sprint to make contact with their opponent, box out, and then pursue the basketball.

Individual Scoring - Players can keep tally of the amount of rebounds they have accumulated by themselves. The first player to achieve 7 rebounds is the winner.

Corners - Instead of starting the lines on the wings, players can start in the corners of the court.

Four defensive players attempt to prevent four offensive players from touching the basketball before it bounces on the floor after a player or coach shoots from the free-throw line.

A fun variation to regular box out drills that all players enjoy. Defensive players box out their opponents and use their body to keep good positioning and prevent the offense from getting around and rebounding the basketball.

More or Less Players - This drill can be run with any number of players although I recommend either 2-on-2, 3-on-3, or 4-on-4 for best results.

Competition - Split the group up into two teams and award points for offensive rebounds before the basketball touches the floor and for the defense boxing out until the basketball bounces.