Why You Need to Teach More Than Basketball – The Sad Reality 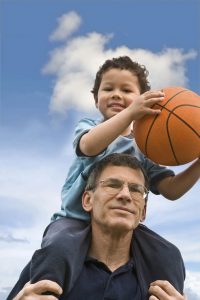 I want you to do something for me… Don’t worry, it’s not hard. I want you to give me the next 3 minutes of your time while you read this post. That’s all.

After that you can continue on your merry way. But for the next 3 minutes, I’m asking for your complete attention. Because I think what you’re about to read is going to be crucial to the lives of many future young men and women.

In this article I’m going to give you some facts that will show you why you need to teach your players more than basketball and the things you should also be teaching them.

Every high school athlete dreams of playing in the NBA or WNBA one day. It’s a huge goal, and a goal that many athletes dedicate their whole childhood and teenage years trying to achieve.

It’s not my intention to shatter any dreams. I’m definitely not telling you to tell your players that it’s impossible and they should forget about it. I preach to my players “never let anyone tell you that you can’t do something” as much as the next coach. And I don’t plan on stopping that.

But here’s the problem: too many players are putting their dreams of playing NBA or WNBA far ahead of their education. And it definitely shouldn’t be this way. There needs to be a healthy balance between the two.

Coaches, parents, and players need to realize how much the players are missing out on by dedicating all those hours to making it professional one day. Because it’s a lot.

Imagine if these players put as much effort into their education as they do into their basketball… we’d be developing brainiacs everywhere!

Because reality is, and it pains me to say it (seriously. It’s tearing me up inside writing these words), nearly every single one of our players have very, very, very little hope of succeeding in their goal to play in the NBA or WNBA.

Let me give you the statistics…

Reality Check – The Facts and Figures

That number doesn’t seem too bad does it? But let’s look at the percentage of high school players that eventually make it to the NBA or WNBA.

So the big question is… How are you influencing the futures of the 9,998 players didn’t make it?

If you’re wondering where I got this information from, you can check out this source.

What This Means for Coaches

For coaches this means two things…

1. We need to stress the importance of education.

As I said earlier in the article, too many players are giving their education the back seat to chase the near impossible task of playing NBA or WNBA in the future.

As annoying as players find it when coaches nag about education, we must do our best to ensure that they’re staying on top of their homework and are doing well in school.

2. We need to teach more than basketball skills.

Too many coaches have a win-at-all-costs mentality. What do your players really gain by winning all their games if they don’t develop as people throughout the process? Not much.

We can benefit all players by helping them develop characteristics that they’ll be able to use for the rest of their lives. Let me give you a few examples…

Basketball is a fantastic avenue for players to develop these characteristics over time. And it’s up to us coaches to help the players develop them.

Because when their basketball days are said and done, nearly all players are going to get much more use out of their education and character traits they developed through basketball than they will get out of the basketball skills they learned.

To finish off… you must remember two things. 1. Stress education. 2. Teach more than basketball.