5 Rules You Must Remember When Cutting Players 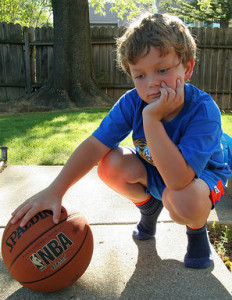 Is there anything coaches dread more than cutting players at the end of tryouts? If there is I haven’t found it yet. It’s the part I dread most every season.

You spend weeks with players – getting to know them, working on their game, developing a relationship with them – only to remember a few weeks later that you have to tell some of them they can’t play on the team. It can be heart-breaking.

And while we all hate doing it with a passion, it’s part of the role of being a basketball coach. You can’t have a team with 20 players on it; cutting has to happen.

One of the first things I do at the very first tryout, before we step onto the court for the first time, is explain that there will be players that won’t make the team. Not a very positive note to begin on, is it? But it’s a necessary one. If you know the amount of players that you’ll be picking at the end of try-outs let them know now.

This speech is important to prepare those that may not make the team and give them reason to train extra-hard during tryouts. Players aren’t stupid. Players that are on the edge of whether they will make the team will know that. As heartless as it sounds, this speech will prepare them for the worst if it is to come.

Rule 2 – Give Reasons Why They Got Cut

I completely disagree with this and feel like not doing so would be a disservice to the player that you’re letting go.

Offer to set a date for a meeting where the player and their parents can come in and discuss their game with you. Perhaps you can give them some advice they can implement in their training to give them a better chance to make the team the next season? Giving them this option will prove that you do care about the player.

This rule should go without saying. As soon as you start to compare one kid to another you’re getting yourself into a terrible situation. You’ll be unpleasantly surprised how fast word gets around about what you said it and it will create unnecessary conflict between the players you compared and their parents.

Just don’t do it.

Rule 4 – Cutting is the Last Resort

The first step in cutting players is to avoid it (tweet that if you agree).

Plain and simple: Youth basketball is about having fun and becoming a better basketball player – no matter what your current skill level is. It’s impossible to tell from a young age which players will develop to be better than others. Try to give them all the chance to develop.

Understandably there will be situations where this isn’t possible. But if you’re in a situation it is possible… do it!

I sound like a bit of a hypocrite don’t I? I’ve probably talked about cutting players twenty times in this blog post already. But that’s coaches talk. There’s a big difference between talking coach-to-coach and talking coach-to-player-or-parent.

I don’t know what it is, I just don’t like telling players they’ve been ‘cut’ from the team. I feel like the term ‘cut from the team’ brings negative emotions with it. I’d much rather tell them they ‘didn’t make the team this year’. I emphasise the words this year, letting them know they if they work on improving their game really hard they have another chance at making the team next year.

Cutting players is hard… really hard. But it’s part of our job and we all have to do it.

Hopefully these 5 rules can help ease the pain for the player, parents, and the coach when you have to select your team for this coming season.

Are there any other rules you have when selecting your team? Or any of my rules that you disagree with? We’re all different! I’d love to hear your thoughts in the comments.