The Method Used Only By The Worlds Best Shooter 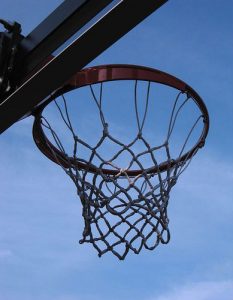 The man I’m referring to when I mention the ‘worlds best shooter’ is none other than Dave Hopla. Hopla regularly shoots 98+ percent from the floor. A number the rest of us mere mortal coaches and players can only dream of.

Yet as great as he is, for some reason players aren’t copying the methods that he has used (and is still using) to become a great shooter.

The worst thing about it all? It’s not a secret. He’s not hiding it from anyone. He talks about this method on many videos he features in and in many articles published about his shooting… Yet I still see barely any players copying his methods.

Want to know his secret? Here it is…

Something every player needs to start implementing to drastically improve their shooting ability.

1. You Cannot Improve What You Don’t Measure.

The best way I’ve found to convince players to start recording their shots is by referring to the weight room. How many people go to the gym without a plan and a record of the previous weight they lifted so they can improve on it? Not many.

Everyone that goes to the gym has a plan and records their completed sets and reps accomplished.

Why do they do this? Because they want to keep improving. If they didn’t record the amount weight they lifted and for how many repetitions then they wouldn’t know if they’re making any progress or not.

Why would improving shooting ability be any different from the weight room? Why do we keep track of our training in the weight room but not on the basketball court? It doesn’t make sense.

2. It Makes Every Shot Important

When your players are just in the gym getting up shots most of the time they mean nothing. They’re not at game speed. The player isn’t mentally locked in. There’s no pressure on the shot. And all this ends up with players shooting half-hearted not really caring whether the ball goes through the hoop or not.

How much is that going to help improve your shooting ability? Not very.

When you’re recording your makes, every single shot is important and your brain knows it. You’re locked in. You’re concentrating on your technique.

3. You Can Set Goals

Each day the player steps into the gym they’ll have a goal to strive for. You’ll know your previous best and your average and will want to perform better than both of them.

By setting goals you’ll be able to challenge yourself each time you step onto the court.

And when you get down to the last couple of shots you’re taking to achieve your personal best it’s not much different to shooting the ball in crunch time in a real game. That’s pressure you won’t get from regular shooting.

4. You Will See Improvements

The problem with improving is that it’s a slow and gradual process. And because the improvements players make are so gradual, players will hardly ever notice the improvement they’ve made in their shooting ability.

This can be a motivation killer for a lot of players.

How often have you heard a player comment “I put in so much effort but it’s just not working!”. Little have they realised that they’ve gone from shooting 60% from the free-throw line to 70% but haven’t even noticed a change.

The change is so gradual that they will adapt to it along the way without noting the success of the hard work they’ve put in.

By recording your shots you’ll see the undeniable proof of the improvement in the data.

Players will be able to look at the data and see that the extra shooting practice they’re putting in is worth it and it will encourage them to do more and keep improving.

5. You Will See Your Weak Areas

I’ve talked to many players that claim to be great three-point shooters, but if they started recording the makes and misses they actually shoot, I’m sure a lot would take back that statement.

Recording your shots will tell you the areas of the floor you should be looking to shoot from during games, and also the areas you need to focus more on improving in practice.

If you’re a coach and want to see your players improve their shooting ability, you should share this article with your players. That could mean sending them this article via e-mail, printing out copies to give to your players at training, or sharing it on social media sites.

If you’re a player: Take this advice and use it. It will help you improve. The greatest shooter in the world does it. Why don’t you?

PS: If you want to connect with Dave Hopla, you can do so by visiting him on his website or on Twitter.