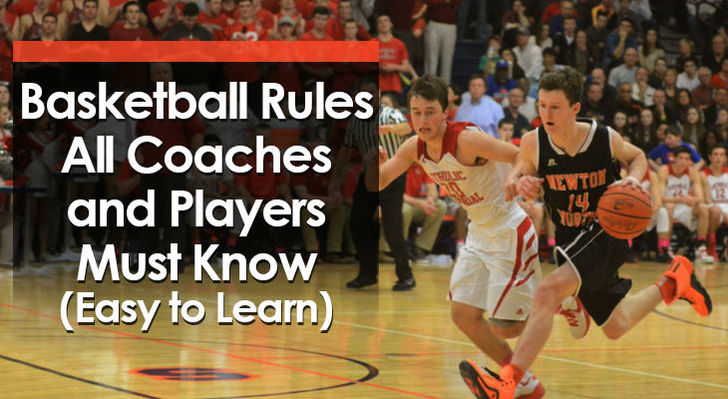 This isn’t necessary for a regular coach.

Many of the coaches in youth basketball leagues today are parents of the players volunteering their time to coach the team.

The aim of this blog post is to educate coaches, parents, and players on the main rules of basketball in a quick and easy-to-understand guide.

After reading this, coaches should be able to step into a basketball coaching role and have confidence they understand the basics of what their team can and can’t do.

Please Note: Rules will vary slightly depending on the league, level, and where in the world the game is being played. I’ll do my best to point out the rules that vary, but make sure to check with your league to be sure. 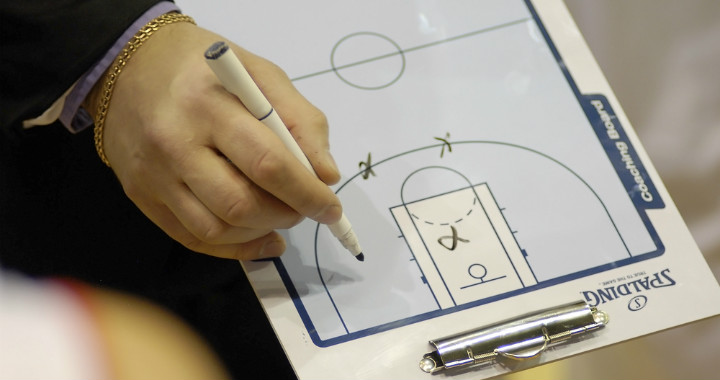 Although regarded as a non-contact sport, everyone who has participated in or watched basketball knows that is not the case.

With 10 players on the court competing at a high intensity and attempting to gain an advantage over their opponent, it’s impossible for there to not be contact throughout the game.

So – what differentiates legal contact from plays where a foul is called?

A foul is called when a player makes illegal contact with an opponent that results in an advantage.

When a foul is called, live play immediately stops. Which team receives the basketball will depend on many factors that I’ll cover over the next few paragraphs.

Here are the 6 most common personal foul types: 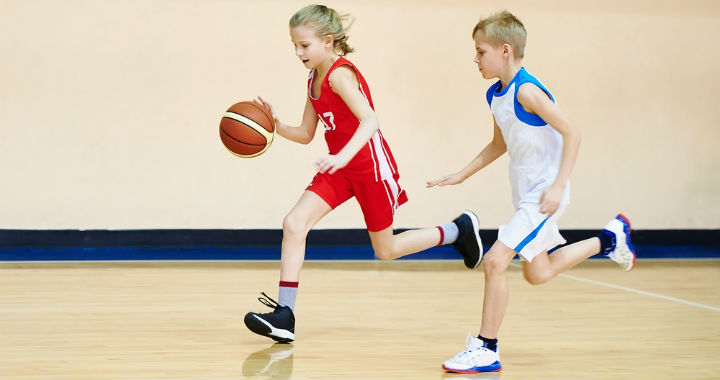 When a violation occurs, play is immediately stopped and the team who committed the violation loses possession of the basketball.

The basketball is then passed in from outside the court by the opposition at the closest point to where the violation occurred.

The basketball is ruled out-of-bounds when it touches either a player, the floor, or an object that is out of bounds.

If the basketball lands on the line, that is still considered out of bounds.

Traveling is difficult to describe in writing, but is in place to prevent players from taking more than one step while holding the basketball.

This rule also prevents players from moving or changing their pivot foot once it’s been established.

A double dribble can occur in two situations:

b. When a player touches the basketball with both hands while dribbling.

Players must keep their hand on top of the basketball while dribbling.

A carrying violation will be called when the ball-handler places their hand on the bottom of the basketball, and then continues dribbling again.

When two opponents grab the basketball at the same time and it cannot be gained by a single player quickly, a held ball violation will be called.

The basketball is given to each team on a rotating basis depending on the possession arrow which will be discussed later on in the article.

If the offensive player receives a goaltending violation, the basket is called off and their opponent receives possession of the basketball.

Once the basketball has been fully established in the offense’s front court, they are not allowed to cross back over the half-court line into the back-court.

If they do, the penalty is a turnover.

The only exception to this is if a defensive player was to tap the basketball over the half-court line. Then the offense can sprint back and retrieve it.

This results in one, two, or three uncontested shots from the free-throw line all worth one point each.

Here are the rules when a player is shooting free-throws…

The player shooting a free-throw is not allowed to jump or step over the free-throw line until the basketball has touched the rim.

Doing so will result in a violation and the basketball awarded to the opposition team on the sideline.

The possession arrow is used after every held-ball or when the referees are unsure on an out-of-bounds call.

The possession arrow then alternates between the two teams for the remainder of the game.

1. Take this BFC Basketball Rules Guide as a general overview of the common rules of basketball. If you want to be 100% sure on the rules in the league you’re coaching, get in contact with the people who run your league and clarify the rules you’re not sure about.

2. Referees are human. They’re not going to get every basketball call correct just as you or I wouldn’t if we were in their place. Once a call has been made, no amount of complaining a coach or player does will change it.

3. As stated at the start of the article, rules change all the time and vary between different leagues and age groups. While I will try to keep this list updated, I can’t make it specific to all levels and rules will be changed, added, or removed over time.