How to Do a Crossover in Basketball (3 Advanced Variations) 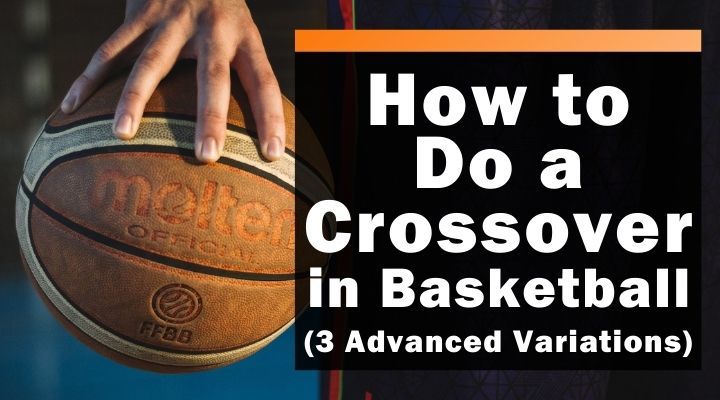 The ability to make a play off the dribble and get by your defender to attack the middle of the defense is one of the most useful offensive skills you can have on the basketball court.

Typically, getting past that defender requires changing speeds and directions, and the crossover dribble is the perfect way to do both of those things.

While it may seem elementary to some, the crossover dribble can be one of the most effective ways to beat your initial defender and create a scoring opportunity for yourself or a teammate.

How to do a Crossover in 4 Steps

The crossover dribble can be a detailed and intricate move when developed to a high level, but it is also one of the best moves that can be taught to beginning players.

Here are the basic steps to performing the crossover dribble:

1. Make a Dribble / Step Fake in One Direction

The crossover is often most effective when the offensive player is on the move, but it can be executed from a stationary position as well.

Either way, you need to get the defensive player leaning in one direction by taking at least a dribble and a step that way.

If you are able to take 2 or 3 hard dribbles before making your crossover, you may be more likely to get your defender off balance.

The main reason the crossover may be more effective after a few dribbles is because it gets your defender on the move, making it more difficult for them to stop and change direction once you make your hesitation.

Once the ball returns to your hand after your dribble, come to a stop while faking your last step and let your defender’s momentum carry him slightly past you.

This hesitation is probably the most important split-second of the crossover dribble, as it will determine whether or not you can shake your defender.

3. Power Dribble Across Your Body

Once you have your defender off balance, get low and wide to cross the ball from the hand you started dribbling with to the opposite hand.

This needs to be a quick change of direction to make the move effective, and the dribble needs to stay low so that it is out of reach for the defender.

At this point, you should be able to judge whether your crossover has created a scoring opportunity for yourself or a teammate.

A good crossover dribble could create a pull-up jump shot or an open driving lane for you, or it could also pull a help defender away from an open teammate. 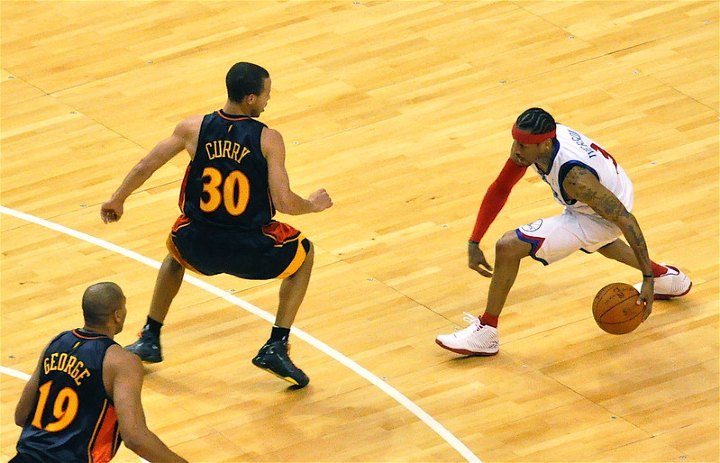 Variations of the Crossover

Like any move in the game of basketball, the crossover will become easier to defend if you do it the same way every single time.

Even though the crossover is a basic move that a beginner can learn to execute, there are many variations that higher level players should implement in order to keep developing the move.

Countless players have executed the crossover dribble effectively throughout the history of basketball, but perhaps none better than Allen Iverson.

The flashy Hall of Fame guard perfected his crossover by putting extra emphasis on the set up, which led to embarrassment for many defenders.

Most famously when he used the move on Michael Jordan in 1997 and then stuck a jumper in his face.

While any standard crossover move relies on getting the defender going in one direction and then crossing back the other way, Iverson would often take a larger, over-emphasized step and bring the ball out wider to tempt the defender.

This added some style, and also some extra hesitation, which often froze defenders and made it impossible to guard his then quick and low crossover dribble.

Though it may not be considered a part of the Iverson Crossover itself, Iverson would also oftentimes set up the move by making multiple fakes to stall the defender before attacking with the crossover -- like going between the legs or behind the back to see if he could get the defender leaning.

b. In and Out Crossover

Like any good move, the crossover will not be as effective if it is not paired with a strong counter move.

The In and Out Crossover is a way of faking the crossover and then continuing to dribble with the same hand and in the same direction you started in.

After you have set up the defender and hesitated, fake a crossover dribble by bringing the ball to the center of your body. Your hand should roll from the outside of the ball, then to the top of the ball, and finally to the inside of the ball.

Once your hand has rotated around to the inside of the ball, push the ball back to the outside of your body, and continue to power dribble in the same direction.

Following up a great crossover move with the In and Out will make it difficult for your defender to anticipate which move is coming next.

Tim Hardaway’s variation of the crossover also focused on setting up the move.

Though he may not be as legendary as Iverson, the 5-time NBA All-Star’s crossover dribble was still famous enough to be named after him. You may have also heard it referred to as the “UTEP Two-Step” from his time in college.

Instead of putting the ball out wide and making a quick change of speeds, Hardaway was known for making a quick power dribble between his legs to set his defender up in one direction, followed by another quick crossover back the other direction.

This forces the defender to change directions twice in order to stop Tim Hardaway’s Killer Crossover.

While the basic steps of the crossover in basketball are simple and can be taught to a player of any age, it is also a move that can be practiced and developed to the point where it can be effective on the highest level.

When done correctly, it will get your defender off balance and create a chance for yourself or a teammate to score. When varied, it has the potential to become a signature move that defenders fear.

The crossover has been an effective move for players at all levels for decades, and will continue to be a staple for any ball handler who aims to attack the defense and make a play.