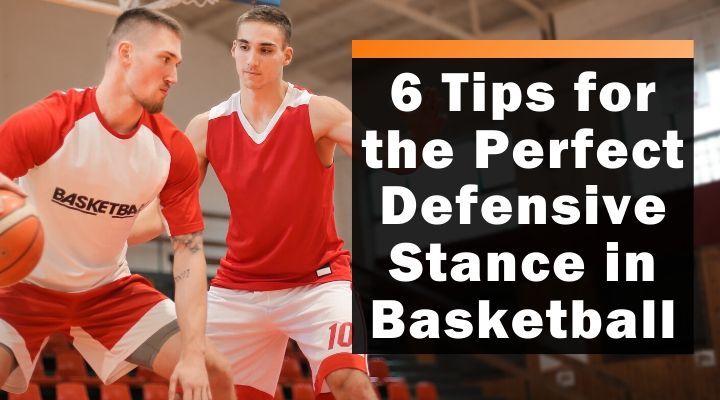 Many coaches emphasize the idea that good fundamentals should be the building blocks of any good basketball player.

However, often those fundamentals are only actually practiced on the offensive side of the ball, and defensive fundamentals go overlooked.

Building a strong defensive team starts with getting your players in a good defensive stance.

And that is a fundamental that can and should be worked on regularly, especially for younger players who are just learning how to defend.

Why is Good Defensive Stance Important?

Players who are not in a good stance are rarely in a good position to defend.

Establishing perfect defensive stance will help players move quicker laterally to keep the play in front of them, and also to recover and sprint in the event that they get beat.

So, how can you teach your players to get in the best position to defend? 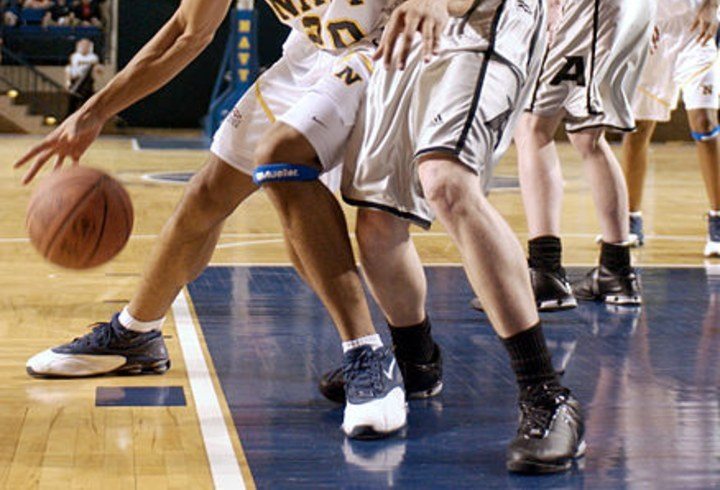 Tips for the Perfect Defensive Stance

Far too many people have the belief that players who are good defenders are simply born with that ability.

While there is certainly some natural instinct and athleticism involved, becoming a strong defender starts with getting in the perfect defensive stance...

...which is a skill that can be taught and should be practiced often.

Getting your feet positioned correctly -- pointed straight ahead and a little more than shoulder width apart -- will help you form the base of your perfect defensive stance.

Many players have the bad habit of standing too far upright in their stance, and that starts because their feet are too close together.

However, it’s also possible to get your feet too far apart. And if they are, you won’t be as explosive when trying to move in your defensive stance.

2. Stand on the Balls of Your Feet

Once your feet are positioned correctly, balance over half of your weight on the balls of your feet.

Your heels should still be touching the ground, but shifting your weight forward slightly will put you in the best position to be explosive from your defensive stance.

3. Drop Your Hips and Bend Your Knees

Get your butt down with your knees inside of your feet to get yourself in an athletic position.

Technically, it’s possible to get your butt down too far, but it’s extremely rare.

Players will be much more likely to not drop their hips and bend their knees far enough.

4. Keep Your Back Straight

One tendency after dropping your butt will be to bend forward at the waist as well.

However, this will get you off balance, and can also hurt your ability to keep vision of the entire court while in your defensive stance.

If bending too far at the waist is an issue for you, think about puffing your chest out when you drop your hips. This will help you keep a straight back.

5. Keep Your Hands Up

At this point, you should have your core in a great position to defend.

Your base is set, and you’re in an athletic position.

However, part of being a strong defender is also providing a physical presence, and if you have your hands down at your sides, it probably won’t matter how explosive you are within your defensive stance.

Get your hands out wide, and somewhere around shoulder-height.

If keeping a straight back while in your stance is difficult for you, you could think about getting your hands up even higher than normal to fix that issue.

The offensive player’s job is to deceive his defender.

They may shoulder fake, look away from his intended target, shot fake, or any of countless other moves to gain an advantage.

However, it is very difficult to make a fake with one’s core, chest, or torso area.

Keep vision of that area to know which direction the offensive player is really headed. 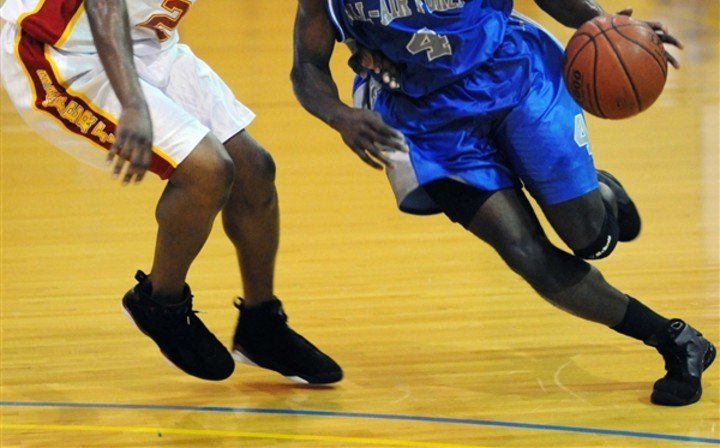 How to Improve Your Defensive Stance

Now we know what the perfect defensive stance should look like, what's the best way to actually work on it?

a. Start in a Stationary Position

When players are just learning to get in a defensive stance for the first time, they won’t be ready to actually guard an offensive player.

You can start by putting your team in lines and explaining the steps to get in the perfect defensive stance, and then take some time to evaluate each player’s positioning.

This is a position they need to become comfortable in, so there's no harm in making every player stay in their defensive stance while you help make adjustments with individual players.

Once your players have all gotten into a good defensive stance, it’s time to work on moving within that stance.

You could have your players start by performing short defensive slides simultaneously from the same lines you started in, or you could line them up for a zig-zag style slide drill individually.

Regardless, begin with no offensive player.

Now that the players have worked on moving laterally from their stance, set up a 1 vs. 1 zig-zag drill.

The offensive player can dribble anywhere from the sideline to the closer lane line while the defender must slide within his stance to defend.

You can start with the offensive player only going at around 50%, and then work all the way up to playing full speed and trying to score.

This is a basic idea and you could certainly add your own variations, but it’s also the easiest way to evaluate which players are in a good defensive stance, and which are not.

While it may be more fun to work on the fundamentals of shooting or ball-handling, it’s just as important to practice the basics on the defensive end of the floor as well.

Whether you are a youth player who is just learning how to defend or you’re guarding elite offensive players at a higher level, it is imperative to get in position to play defense.

Practicing and perfecting the fundamentals of the defensive stance can be monotonous and exhausting, but it is also a cornerstone of any great defender.

The Best Defense For Youth Basketball