How to Perform the Euro Step in Basketball (5-Step Guide) 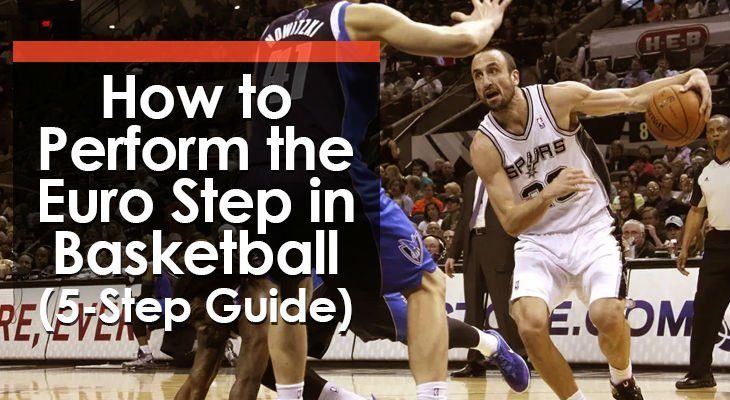 The Euro Step is an extremely effective move that allows a player with the ball to evade a defender and finish at the basket with a wide open layup.

It's a move that has become much more popular in recent years.

It was used in European leagues for years, but wasn't seen much in North America until around 1989, when Šarūnas Marčiulionis brought it to the NBA.

Manu Ginóbili popularized the Euro Step even further in the 2000s, and now we see players such as James Harden and Giannis Antetokounmpo use it regularly to devastating effect.

What is a Euro Step?

The Euro Step is a move where the player with the ball will pick up their dribble, take a step in one direction, and then quickly take a second step in a different direction before shooting or passing.

The intention is to get the defender moving one way, and then quickly stepping back the opposite way to create space.

Basketball rules allow ball handlers to take two steps toward the basket to complete a layup or dunk after they pick up their dribble, and the Euro Step is a creative way to use those two steps.

Like any move in basketball, in order to master the Euro Step, you must learn each step and practice it over and over again.

I’ll show you how. 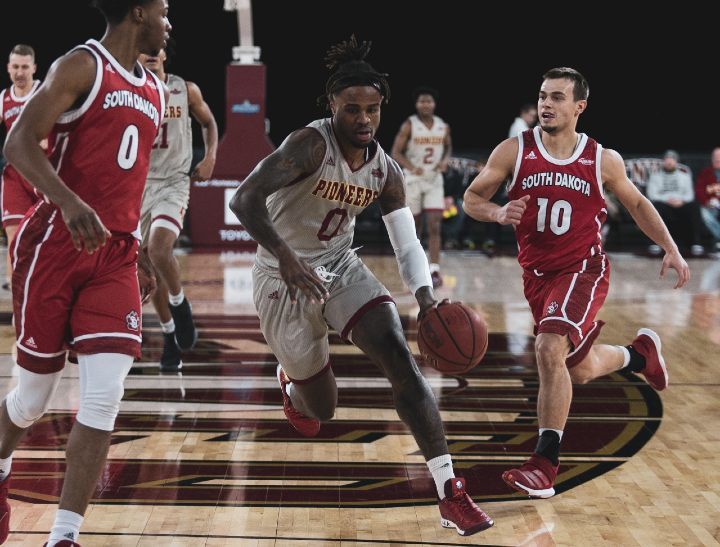 How to Execute a Euro Step in 5 Steps:

There are many variations of the Euro Step that players can use.

But for the below example, we’ll keep things simple and assume a player is attacking the hoop from the right side of the floor.

Now, time for the tutorial:

1. Dribble Toward the Basket

A traditional euro step starts with a player who has the ball attacking the basket.

It doesn’t matter which hand your dribbling with or which side of the court you’re on, the euro step can be used anywhere on the court.

During this example, remember there’s a player between you and the basket

(or else you wouldn’t need to use a euro step, would you?)

Make sure you aren't dribbling the ball too far in front of you, otherwise there’s a chance the defender might steal the ball from you.

As you’re closing in on the basket and the defender in front of you, pick up the basketball while your left foot is on the floor.

This is the “gather step”.

The key is to pick up the basketball when you’re close to the defender and close enough to the basket that you can finish with a layup.

After you’ve picked up the ball, take your first step with your right foot.

Remembering that our example uses a player attacking on the right side of the floor, this step should be towards the baseline side of the defender.

At this point, the defender has hopefully taken a step towards the baseline to cut off where they thought you were going to go.

It’s at this point that you sweep the basketball across your body and take your second step - with your left foot - in the opposite direction.

The offensive player can sweep the ball low (knee height), across the body (chest height), or high (above the head).

(if you sweep the ball high, please make sure your elbows don’t come into contact with the defenders forehead!)

5. Lay the Basketball in the Hoop

If you’ve executed the euro step correctly, you’ll hopefully find yourself wide open in front of the basket.

Jump off your left foot, extend towards the basket with either your right or left hand, and drop the basketball into the hoop.

Tips for the Perfect Euro Step

There are several things you should keep in mind while executing the Euro Step (or teaching it to your team).

a. Exaggerate the first step

Some players struggle with the Euro Step because they’re unable to “sell” the fake when they take the first step in their layup.

Exaggerate the movement of your head and body to force the defender to shift.

If you do this correctly, the other steps will be much easier.

The Euro Step isn’t meant to be rushed.

Slow down and allow the defender to slide themselves out of the play before you attempt to finish with a layup or shot.

Some players have a lot of trouble putting the ball in the hoop after this move.

It’s an odd movement for players who haven’t practiced it much.

For example, a player executing a right -> left euro step might need to finish with their left hand while their momentum takes them the same direction.

Make sure you practice this move from all angles.

You don’t have to finish with a shot every time you use this move.

Players will often find that after executing the euro step, a help defender steps across to contest the shot.

The Euro Step is a relatively new move in basketball, even though it has been in the NBA for about 20-30 years now.

Still, it wasn't truly popularized until the early 2000s and improved upon again only in recent seasons.

The Euro Step is one of the most dramatic moves a ball handler can make while they dribble.

It's meant to fake a defender into thinking you're heading to the basket one way, only to quickly change gears and head to the basket in the other direction.

This will create space between the ball handler and the defender, making for a much easier layup chance and easy basket.