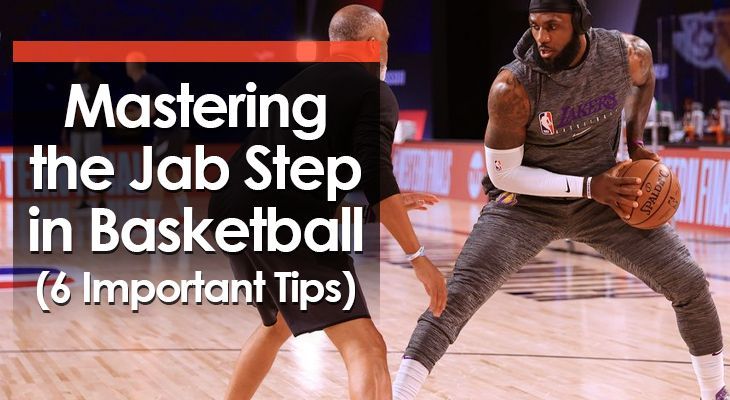 Every modern basketball player should work on the jab step and attacking out of triple threat.

This position keeps your options open.

The defender has to account for all three options or pick what they’re willing to give up.

Of course, some players may not need to use a jab step early on and can beat their defender through sheer strength or speed…

But I wouldn’t rely that as you’ll encounter better defenders (quicker, stronger, higher IQ) as you advance to a higher level of basketball.

One simple and effective way to get the defender off-balance is with the jab step.

It’s an incredibly simple move that fakes a drive towards the basket.

And in this post I’ll explain how YOU can master the jab step.

6 Tips to Master the Jab Step

First, an overview video from Shane Battier and Jr. NBA...

1. Work on your Dribbling and Shooting

To be effective from a triple threat position, you must be able to utilize all of your options.

If you’re a poor shooter or a bad ball-handler, the defender’s job is easy…

> If you can’t shoot, the defender will give you space and dare you to shoot.

> If you’re a bad ball-handler, the defender will step up and pressure you.

Poorly skilled players will most likely lose the ball if they attempt to dribble and it’s near-impossible to shoot with a defender pressed against you.

That’s why you should continually improve your dribbling skills and shooting skills.

Remember, the more complete your game is, the more effective your jab step will be.

2. Take Control of the Situation

As an offensive player, you want to be the one who controls the situation.

Smart defenders will try to pressure you into an unfavorable position.

> Facing away from the hoop

> Not in an explosive stance

If you allow the defender pressure you, you won’t be able to use the jab step because you’ll be too busy trying not to lose the ball.

So if pressured, immediately pivot into a more good position and retake control.

A quick pivot followed by a jab step can easily lead to a clear drive or a foul because the defender is overextended.

Even in the worst-case scenario, it will immediately cause them to back off a bit.

If you want to sell any move in basketball, you need to make it convincing.

A jab step is basically a fake drive.

If you want to sell it, think about how you would drive in a real game and try to replicate the first portion of that movement.

The most important thing is to make sure you stay balanced while performing the fake.

Because if you don’t, you’ll negate any advantage your jab may have created.

4. Sell the Jab Step With Your Entire Body

If you want your defender to bite, just moving your leg usually won’t be enough.

You need to sell the move with your entire body.

So, once again think about how you would start a drive.

You would engage your hips, put your shoulders down, and move the ball in the direction of the drive as you make a jab step in that direction.

Most importantly, make sure you fake with your head and eyes.

One of the costliest mistakes young players make when performing a jab step is over-exposing the basketball.

This can lead to a lot of turnovers.

I mentioned in the previous tip that the basketball — along with your eyes, chest, and head — should move in the direction of the jab step when performing the fake.

Any movement of the ball across your body increases the risk of it being stolen.

This risk can’t be eliminated, but it can be minimized keeping the ball close to your body, maintaining a firm grip, and ensuring you don’t expose too much of the ball to the defender. 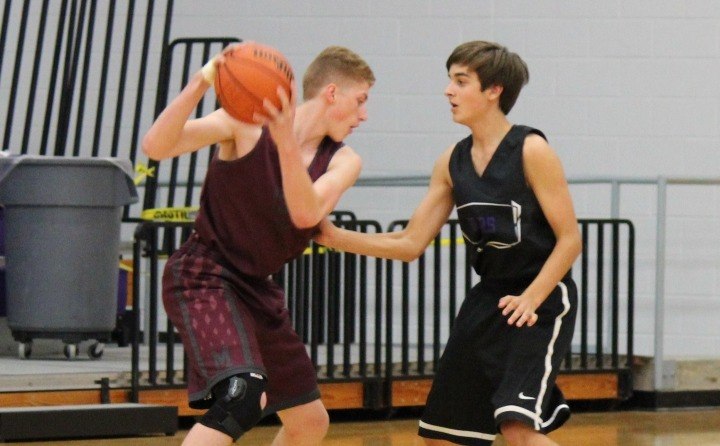 You should always attack your defender’s weakest point.

With the jab step, that means figuring out how to best disrupt your defender’s stance with the jab and then knowing how to best exploit any advantage you get from it.

The best way to do this is to look at the defender and read their stance.

Ideally, you want to attack their lead foot (the front foot).

This causes the most disruption to their stance and balance.

If they don’t have a lead foot, attack whichever side you’re most comfortable with.

Don’t be afraid to jab multiple times or try something else if they don’t bite on your first jab.

With time and experience, you’ll get better at exploiting the advantages you create.

The simplicity and versatility of the jab step is its greatest strength.

It’s an incredibly simple move that can create fantastic opportunities to score or create for others.

My intent for this post was to point out these smaller details when it comes to the jab step.

Hopefully these tips can help you and / or your players on the journey to become a more complete basketball player.