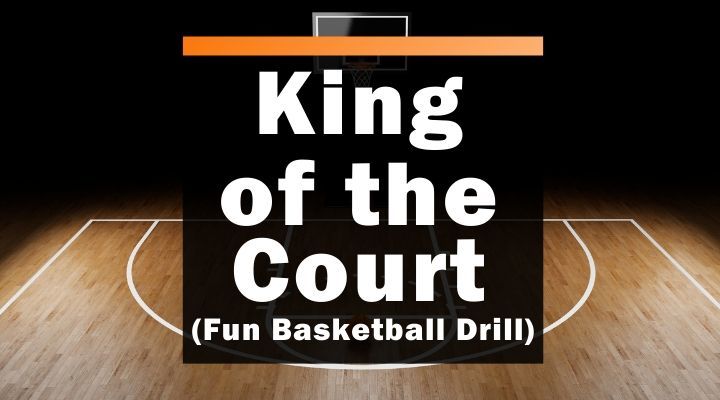 Basketball teams are typically at their best when their offense is played within a team concept that promotes passing, moving the ball, and taking good shots.

However, this certainly does not mean that there is no longer a place for 1-on-1 opportunities or that an offensive player is being “selfish” by trying to beat their defender off the dribble.

In fact, many offensive scoring opportunities are created by one player making a move to get past his defender, which then opens up a shot for a teammate.

Therefore, 1-on-1 situations must be practiced regularly so that players are not merely improvising when trying to beat their defender during real game action.

And, King of the Court is a perfect drill to simulate those situations.

How King of the Court Works

Essentially, King of the Court is a continuous game of 1-on-1, using make-it-take-it rules.

The main difference is that if the defensive player does not get a stop, then he goes to the end of the line, and the next defender comes in to guard the player who just scored.

Players should keep track of their own individual score, and play to a target number that you have established before the drill begins.

The first player to reach that target score is the King of the Court.

How to Set Up King of the Court

One of the many things that is great about King of the Court is that it does not require much.

No extra equipment, full gym, or full rack of basketballs are necessary.

All you need to set up King of the Court is:

Variations of King of the Court

Like most basketball drills, there are a number of different variations or rules you can implement within King of the Court.

Some of them will give your players chances to work on different things, and they will also keep the drill from becoming a monotonous game of 1-on-1.

1. Limit the Number of Dribbles Allowed

At first, you can allow players to play King of the Court with an unlimited amount of dribbles.

However, in a game situation, the reality is that dribbling 10 times will not usually create a 1-on-1 scoring opportunity.

Set a 2 or 3 dribble maximum for the offensive player so that they have to be efficient with their moves. This will also help to speed up the drill.

If the dribble limit is exceeded, it counts as a turnover.

2. Start From Different Spots on the Court

One thing I did not mention within the set up of King of the Court is where on the floor the drill should begin.

This is because that spot can (and should) be varied.

This gives offensive players a chance to work on scoring from multiple places on the floor and to practice different moves from different spots.

Even though the point of the drill is to work on 1-on-1 moves, in a real game situation, if an offensive player beats his man, there is probably going to be a help defender coming.

Add a third player to the drill who starts right underneath the hoop and is there to challenge a layup at the rim if the primary defender gets beat.

This will better simulate real game action, and will also force offensive players to work on finishing strong, even if they beat their defender off the dribble.

Typically, King of the Court ends when one player reaches the target score.

However, one great wrinkle to add is to require that player to then make a free throw in order to “seal the deal.”

If he misses, then he goes to the end of the line, and will have to score again and make a free throw before winning the drill. 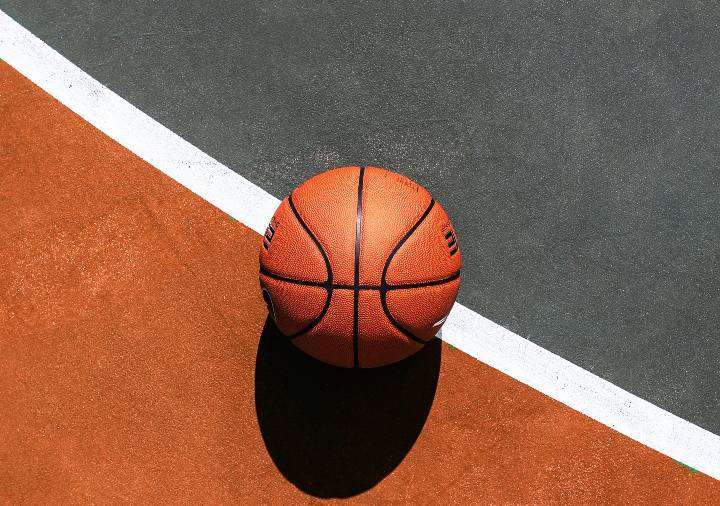 Tips for King of the Court

Now that we’ve got the basics down, here are a couple things you can keep an eye on as a coach to make sure your players are getting the most out of playing King of the Court.

1. Take Control of How Many Players Are in the Drill

King of the Court is probably best when there are around 5 or 6 players so that everyone can face a variety of defenders, but as few as 3 could still perform the drill.

If you want to play King of the Court with a full team, it is probably best to split the drill up into multiple groups.

Otherwise there is too much time spent standing around and waiting to get back into the drill.

2. Choose Variations That Narrow the Focus

While there are several examples above of ways you can mix up drill, as a coach, you should use variations that center around things you want your team to focus on.

For example, if many of your players would rather shoot a three-pointer than attack the basket, then make every basket worth the same amount of points so they will be encouraged to make a move and score instead of taking a jump shot.

King of the Court is primarily an offensive drill, but it is a great chance to work on 1-on-1 defense as well.

You could require each defensive player to close out on the offensive player when the drill begins, or make sure they box out and secure a rebound in order to get the ball.

This way, players are working on more than just playing individual offense.

While it should not be the goal of every offensive player to make an ankle-breaking move every time they touch the ball, the ability to get past your primary defender and make a play is critical to any good offense.

King of the Court is a simple drill that forces players to work on those 1-on-1 situations in a controlled setting, and when varied correctly, focuses on whatever you want them to focus on.

It probably shouldn’t be the focal point of every practice you have as a team.

After all, that time is often best spent building chemistry and continuity within the whole team.

However, King of the Court is a great way for players to work on their individual skills on both sides of the ball, which will ultimately be integral to team success.