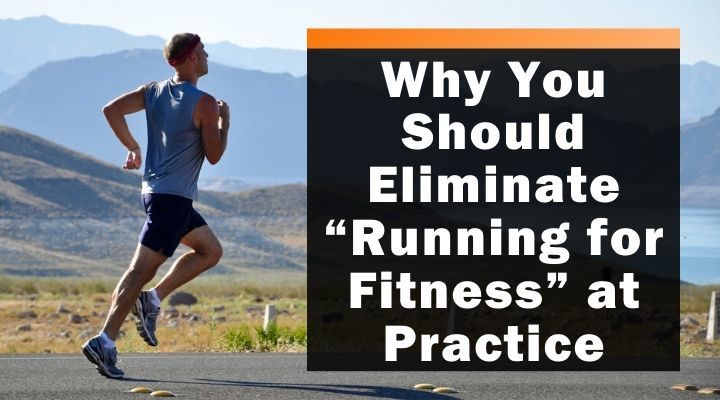 Anyone who has played basketball likely remembers those four dreaded words from their youth and high school coaches:

“Get on the baseline!”

If hearing those words brings shivers down your spine, you’re not alone.

Running sprints has been a staple of basketball conditioning for many years.

In fact, it has even become romanticized in movies such as “Coach Carter.”

Coaches emphasized the need to outwork their opponents and often used running sprints to build mental and physical toughness.

Many blocked off long stretches of practice time dedicated only to running sprints.

These old-school coaches had a point and were certainly well-intentioned – basketball is a game of running, and a good team must be in great shape.

However, there are many reasons to believe there are better ways to get your team prepared for competition.

Downfalls of "Running Sprints" for Fitness:

a. Waste of Practice Time

If you’re a youth coach, you may only have the gym for one or two practices each week.

If you coach high school players, you have a ton of concepts to incorporate into practice – man-to-man offense, zone offense, defense, press breaker, inbound plays, etc.

It’s where we make the biggest impact as a coach.

By allotting time simply to run sprints and suicides, we are wasting practice time that could be spent making our players better at basketball.

While conditioning is obviously important, the most skilled basketball team usually wins.

We need to do our best to enhance our players’ skill sets throughout practice.

Running in and of itself does not accomplish this.

c. Running Sprints is Not Fun

No one signs up for basketball to simply run from baseline to baseline.

At the youth level in particular, player enjoyment should be a high priority.

While practice does certainly not need to be “easy,” players should look forward to it.

A player who falls in love with basketball will be more motivated to improve.

Some young players have been turned away from the game by coaches who prioritize conditioning over skill work, fundamentals, and game play.

d. Players May Give Less Effort in Practice

By attempting to get players in shape through frequent boring running, coaches sometimes inadvertently do the opposite.

Because if players know a long running segment is coming, they sometimes tend to conserve their energy in hopes of “surviving” the running.

When players anticipate the sprints, they may (consciously or subconsciously) give less than their best effort during the first two drills.

This is especially true when coaches save the running segment for the end of practice.

If this is the regular practice routine, players will start to dread the end of practice.

An unintended consequence of this routine is that practice will rarely end on a positive note.

Obviously, the game of basketball involves running the floor.

However, there are few, if any, times when a player runs back and forth over and over again consecutively.

In-between those sprints, a player might cut, jump, shuffle, etc., all the while needing to execute basketball fundamentals.

Therefore, it is logical to plan your conditioning in a more realistic way. 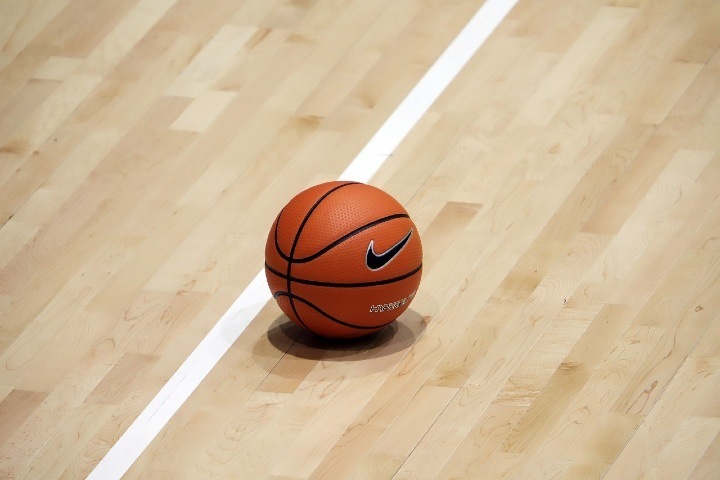 Is There Ever a Place for Running Sprints?

This is not to say that there is never a place for running sprints in a basketball practice.

Running can be incorporated into your plan from time to time, but should not be the sole focus of any block of practice.

For example, there are many benefits to incorporating competitive drills and games into your practice plan.

When a team loses one of these drills or games, you might have the losers run a quick sprint as a “consequence” to reinforce the importance of competing.

So, How Do I Ensure My Players Are Fit?

a. Practice in Transition as Much as Possible

This is probably the single best way of conditioning your players.

Basketball is a game of transition.

Try to get out of the “half court trap” where you keep players on one end of the court for much of practice. By using drills or scrimmage games that use the whole court, players will condition without even realizing it.

Just as important, they will do so by actually playing basketball, so they will be improving their skills and execution as well.

b. Emphasize Pace in Practice

Oftentimes it’s not about what you do, but about HOW you do it.

All practices feature an assortment of drills and games.

An easy way to “steal” conditioning time is by setting the standard that players quickly transition from one practice segment to the next.

If a shooting drill follows a ball-handling drill, players would be expected to run to the next location with no hesitation.

If your whole practice is run at this pace, players will constantly be moving.

c. Use a “Daily Dozen” System

This is a creative way of holding players accountable for their own conditioning.

Here’s how it works:

At the start of practice, write the number 12 on a marker board or piece of paper.

12 is an arbitrary number, so you could alter it to better fit your team if needed.

This number will signify the number of sprints players will run after practice.

However, tell players you hope they NEVER have to run a sprint at the end of a practice session.

Coaches will reduce the number of sprints for excellent effort during practice.

This is a great way of showing players what is important to you and building your team culture.

For example, you could tell players that any time a player dives in an attempt to recover a loose ball, the number will be reduced.

You are sure to have more players going hard after loose balls with this rule!

How does this relate to conditioning?

Reduce the team’s number when you see great hustle and energy, traits that will naturally improve the team’s conditioning.

If the team has a poor practice and does not exhibit the coach’s desired behaviors – sprinting the floor, communicating in drills, playing unselfishly – then they will have to run.

This puts players in charge of their own conditioning and let’s them take ownership of having a quality practice each day.

If you’re looking for conditioning drills to improve your team’s skills and execution while also getting them in great physical condition, consider these options:

This brief scrimmage segment is a great way to get your team playing fast while also conditioning them effectively.

The teams will play up and down for 3 minutes.

On each change of possession, a coach will count down from 4.

The goal of the offense is to get the ball below the opposite free throw line in 4 seconds or less. If they do so, they are awarded a point, regardless if they score or not.

Other than that, the game uses regular basketball scoring.

For example, if one team gets a defensive rebound, passes ahead quickly, then finishes with a layup, they would earn 3 points.

This game is effective because it contains all elements of a regular basketball game but rewards teams who play fast in transition.

Teams with the best chance of winning the game must sprint the floor hard on offense and get back quickly on defense.

All players should be able to handle the ball versus pressure, as well as guard the ball in space.

Full Court 1-on-1 is a great way to build both of these skills, and it’s also an excellent conditioner.

Guarding the ball and handling the length of the floor can be exhausting, and will get players in shape quickly.

Pair your players and have groups start in diagonal corners of the court.

You can make the drill competitive by keeping score and / or challenging the defense to turn the offensive player at least 3 times.

This is a good finishing drill that demands all players run at full speed.

The drill starts in a similar position to Full Court 1 on 1, but the offensive player has an advantage. The coach can determine how much of an advantage to give.

The ball-handler speed dribbles to the other end of the court trying to finish a layup at full speed while the defender sprints behind the offensive player trying to get a “back tap” – poking the ball away from behind.

This drill teaches players to cover ground with each dribble, finish at full speed, and tap the ball away defensively, all while helping players get in shape.

This is a 5-on-0 drill that can be tailored to your specific transition system and the age of your players.

Players sprint five trips down the court, each time executing a different option in your transition system.

It’s the point guard’s job to make sure each player gets a shot. The specific options depend on the type of secondary break options you use with your team.

For example, some teams may look for a post catch by a rim runner while others may set drag ball screens in the slot.

You can put cones on the court to ensure players run wide. Demand the pace you want (and one that will help condition your players) by timing the drill.

Each group must complete five successful trips in your desired time frame.

This is a grueling drill that builds mental and physical toughness in your players.

Put a line of players starting at the half court line. If you do the drill with your whole team, I would recommend going both directions to get more reps.

One player starts by playing defense against the first offensive player in line.

If the defender gets a stop, he or she rolls the ball to half court for the next person in line and immediately gets up to defend them.

The same defensive player must get 3 consecutive stops to get out of the drill.

If anyone scores, they automatically go back to zero.

Players must continue competing, even through fatigue and frustration.

This is a good drill to use in the preseason when trying to establish a defensive identity.

There are many ways to get your team in great physical condition before your first game. The drills listed above are just a few ways to accomplish this goal.

Consider the time you will save by limiting scheduled sprinting sessions and replacing them with more transition drills and fast-paced skill development.

You will still be in great shape, but your players will be better and happier!