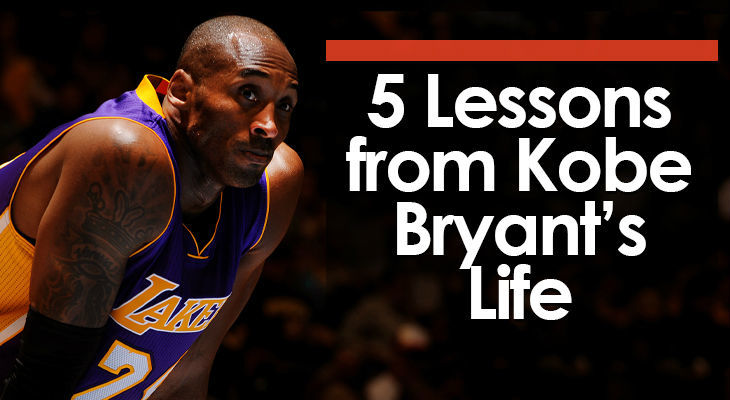 I’ll never forget where I was when I first read Kobe Bryant died in a helicopter crash.

I was in an AirBnB in Bucharest, Romania.

I had finished some light reading, and I was just about to shut off the lights and go to sleep.

Deciding to check my phone one last time, I opened the Twitter app.

The following was at the top of my feed:

My immediate thought was it must be a disgusting joke, but I quickly noticed the next 10 tweets in my feed said pretty much the exact same thing.

I couldn’t believe it.

I didn’t want to believe it.

I spent 5 minutes continuously refreshing my Twitter feed praying someone would give us an update on the situation, that it was just a false report that went out of control.

But as the tweets of prayers, disbelief, and shock piled up, I was forced to accept the truth.

Kobe Bryant passed away at only 41 years old.

Others involved in the accident:

They were flying to the Mamba Sports Academy in Thousand Oaks, California at the time.

The helicopter encountered bad weather and eventually went down.

No one survived the crash.

As someone who grew up watching Kobe Bryant, it’s been a difficult few days trying to wrap my head around the whole situation.

He influenced millions of people, he was successful in many areas of life, and it was clear he still had much more to give to the world.

How could this happen?

As I continue to reflect on this whole situation, I put together a blog post of things I’ve learned while watching Kobe Bryant on and off the court for the last 20+ years.

There are very few players in the history of sports who were able to match the work ethic and determination shown by Kobe Bryant.

He was always in the gym.

This dedication to the process of becoming one of the world’s greatest basketball players started at an early age and is something Kobe took very seriously.

As far back as high school, his daily two-hour workouts would start at 5am every morning.

And when he made it to the NBA, he went to the extreme:

There are countless stories that from teammates and opponents that prove this incredible work ethic continued until the end of his career.

This video on Kobe's work ethic MUST WATCH video for all players!

Hard work and dedication to your craft!

Or this quick story from John Celestand, a former Laker:

“Celestand once wrote that during the 1999-2000 season, Kobe broke his wrist. Celestand was excited, because he thought with Kobe injured, he could beat him to the gym in the morning, particularly because Bryant lived over 30 minutes away from the practice facility. Instead, when he got in the next morning, "Kobe was already in a full sweat with a cast on his right arm and dribbling and shooting with his left."

You must be willing to outwork everyone else.

"Leadership is lonely ... I'm not going to be afraid of confrontation to get us to where we need to go. There's a big misconception where people thinking winning or success comes from everybody putting their arms around each other and singing kumbaya and patting them on the back when they mess up, and that's just not reality. If you are going to be a leader, you are not going to please everybody. You have to hold people accountable. Even if you have that moment of being uncomfortable."

Kobe was a demanding leader.

He expected the very best out of everyone he played with.

If he thought you weren’t giving 110% every second you’re on the basketball court, he was never afraid to say something and hold you accountable.

That’s the kind of leader he was.

This might not be the ideal leadership style for many professions… but when your co-workers are among the 400 best basketball players in the world… it can be very effective.

There were definitely times when he took the criticism of his teammates too far (like when he called everyone “soft like Charmin”)...

But for the most part…

Kobe’s intensity always raised the competitiveness of practice and the level of play of his teammates.

"Any time (No.) 24 practices, it's going to be an intense practice. I think he brings out the best in the guys. It's a good way to start the trip ... I don't think anything irritated him. I just think he did a great job of getting everyone else fired up. He's always fired up. That's the great thing about him.” -- Lakers coach Byron Scott

“I think there are a couple of [WNBA] players who could play in the NBA right now, honestly,” Bryant said without hesitation. “There are a lot of players that have a lot of skill who could do it.”

Kobe was a BASKETBALL fan.

And in recent years, as his daughter Gigi was becoming more obsessed with a potential future competing in the WNBA, Kobe took a special interest in women’s basketball.

He would regularly attend WNBA and NCAA women’s games.

Frequently praising the elite skills of these world-class athletes that the majority overlook.

Many people familiar with the women’s game have commented that there wasn’t a bigger advocate for women’s basketball than Kobe Bryant.

No @NBA player supported the @WNBA or women’s college basketball more than Kobe. He attended games, watched on tv, coached the next generation. We pray for his family. https://t.co/ZhTCxD3sRg

Dawn Staley reflects on the life of Kobe Bryant. pic.twitter.com/IjjMTudQoL

Becky Hammon (Spurs assistant coach) had this to say:

“He watched the WNBA, and I think as he had more time on his hands in retirement, he got more involved and was just beginning to be that voice for so many women that maybe didn’t have a strong voice or as big or as loud or carried as much weight as his did, and still does. The women’s game lost a real advocate and someone who truly believed that women can do anything.”

"I can remember winning the first championship and kind of being like, 'Okay, now what? What happens now?' ... [Teammates] celebrating, waving champagne bottles around ... And outside of that, it was, 'Okay, now what?'"

There’s a deadly trap that many people fall into:

Achieving some form of success… and then getting complacent / satisfied.

This never happened to Kobe.

He never stopped asking himself “what’s next?”

Whether he was pushing himself to add to his many accomplishments, or working hard to improve his current skills and add new moves to his game.

After winning his fourth championship ring in 2009, he spent the off-season in the gym with Hakeem Olajuwon fixing the smallest details on his low post game.

When Shaquille O’Neal left the Lakers, Kobe wanted to prove he could win without him.

Even when his basketball career was over, Kobe was still asking “what’s next?”

A year after retiring from the NBA, he found a new challenge…

With the help of Glen Keane and John Williams, Kobe created the animated short film, “Dear Basketball” - a 5-minute movie on his love for the game starting from childhood.

Unsurprisingly, this won an Academy Award.

Kobe always found a new goal / challenge to push his limits to the edge.

He was never satisfied.

He was always asking “what’s next?”

5. Death Can Strike at Any Time

Kobe Bryant’s passing is a sad reminder that our “life clock” is always ticking.

None of us know when our time on Earth will run out.

It can happen at any time…

Death doesn’t care how young you are.

Death doesn’t care how many children you have.

Death doesn’t care that you have a loving partner at home.

Death doesn’t care how many millions of people you’ve impacted.

It can strike at any time.

Which is why it’s important that we make the most of every single second we have.

“Being a father is the thing I am most proud of in this world; it’s my greatest accomplishment. I’ve learned so much, but perhaps the most profound thing has been the fierce, unconditional love you have for your children when you become a parent. I’m blessed to have had that experience four times now and there’s nothing more powerful in this world.”

Kobe Bryant was one of the best NBA players of all time.

But that wasn’t all he was…

He was a father to four girls (Gianna, Natalia, Bianka, Capri), a husband to Vanessa, a teammate to many, a movie producer, an author, a thinker, a dreamer, etc.

He was more than a basketball player.

To honor his memory, we must dream big and give our best in everything we do.

Thanks for everything, Kobe.

Here’s a full list of the people involved in the accident:

May you all rest in peace.