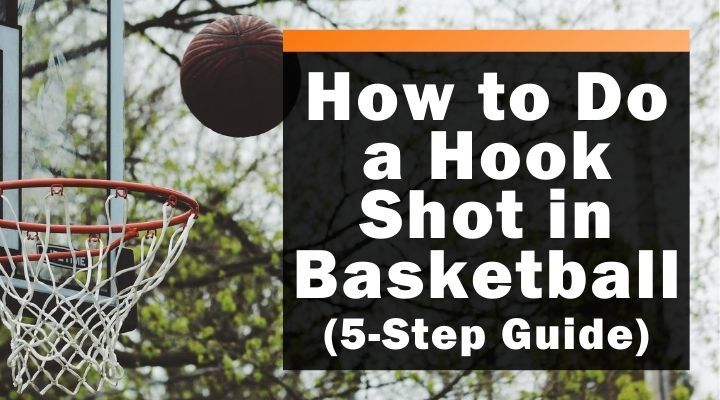 How to Execute the Hook Shot in 5 Steps

The hook shot is used primarily within 2-3 feet of the basket as a post move, but some players will also use it a little further out.

Either way, the steps to executing the hook shot are essentially the same:

1. Catch In an Athletic Position

Get low and wide so that you can catch the ball with your back to the basket and your defender behind you.

After catching the ball with two hands, bring the ball to your chin with your elbows bent so you can hold on to the basketball if a defender reaches in for a steal.

2. Create Space From the Defender

The hook shot is typically most effective when the offensive player catches the ball on the block and steps toward the middle, but he could also go the other way and step toward the baseline.

Regardless of which direction you want to make the move, keep one pivot down, and take a big step that creates space between yourself and the defender.

If necessary, take a low dribble while making sure to keep the ball away from help defenders that may be reaching in from the perimeter.

3. Shoulders are Parallel to the Sideline

If pivoting towards the middle of the floor, your shoulders should be parallel to the sideline.

After taking your big stride to create space, the foot you stepped with becomes your new pivot foot.

Gather the ball back in two hands after your dribble and step through with your original pivot foot until both feet are on the ground and your shoulders are square to the sideline.

At this point, your body should be between the ball and your defender.

4. Jump Off Two Feet and Bring the Ball Up

Now that you’re on two feet with your shoulders parallel to the sideline, you have your base established to jump and take your shot.

As you are jumping, bring the ball up all the way up with both hands still on the ball.

It may also feel natural to turn your shoulders towards the hoop slightly while jumping to shoot - which is fine - but it can’t be at the expense of opening up the ball to be easily stolen.

Once you’re in the air and the ball is above your head, take your guide hand off the ball and flick your shooting wrist to complete the hook shot.

You should let the ball go at the top of your jump so that the ball is as high and away from your defender as it can be when it is released.

Tips for the Perfect Hook Shot

Now that we have the basics of the hook shot covered, here are some tips to help perfect the move:

1. Set the Move Up With a Dream Shake

After you’ve caught the ball, make a fake towards the baseline (without giving up your pivot foot) to get your defender off balance.

This will make it easier to create separation from the defender who is guarding you, and it can also make the help defenders in the middle assume you are making a move the other way.

2. Use a Two-Handed Power Dribble

Depending on how concerned the defense is with the offensive player’s ability to score in the post, it’s likely that there may be help defenders ready to come down from the perimeter.

To keep the ball as protected as possible, use a two-handed power dribble and spike the ball hard and low so that you can cover space with your step but also keep the ball secure.

3. Try the Hook Shot Off One Foot

Though the tips above are primarily geared to instruct a hook shot that can be a powerful move off two feet, you could also make it more of a finesse move by jumping off of just one foot.

After taking your step to the middle, the foot you stepped with would then become your planting foot to jump.

Then bring your other knee up like you would when shooting a layup to take your shot.

This is another variation of the hook shot, commonly called the “sky hook” and made famous by Kareem Abdul-Jabbar.

No matter if you’re going to make the move off of one foot or two, the primary reason for shooting the hook shot is to keep the ball high and away from your defender.

When you release the ball, get enough arc on your shot so that it will go over the outstretched arms of your defender and into the hoop, like a short jump shot. 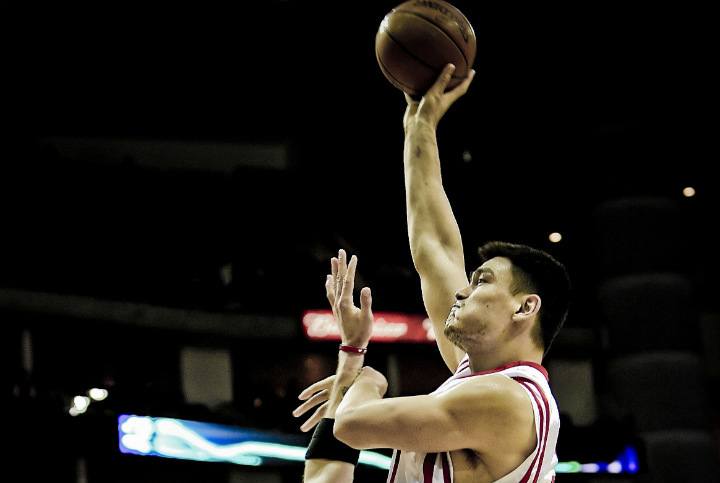 The hook shot has become one of the most well known shots in basketball, but it's also a move that must be practiced extensively in order to be executed in games.

Once perfected, it can be a very effective way for smaller offensive players to score over bigger, shot-blocking defenders.

Whether you’re a youth player who wants a second scoring option on the block or a professional trying to shoot over 7 foot defenders, the hook shot is a counter move that any player who expects to regularly score in the post should be ready to use.