What is a Pivot Foot in Basketball? (Stop Kids from Traveling) 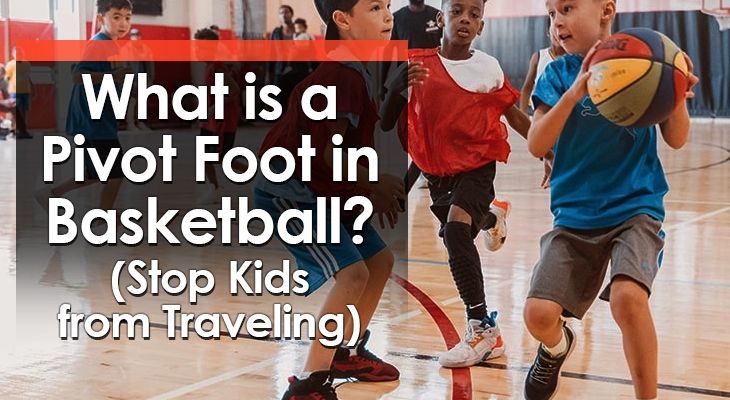 One of the most common things you hear about great basketball players is how they play the game at their own pace.

On the other hand, young players often have just one pace setting... full speed.

This usually makes the game too fast for their own good.

This high speed of play combined with still-developing skills and game sense is a perfect recipe for a lot of traveling violations and other mistakes.

There’s a good reason why refs in leagues that feature the youngest players don’t call most traveling violations (and that’s perfectly fine).

Kids at that age should learn to enjoy basketball and have fun first and foremost.

But pretty quickly, traveling will become an issue and they will have to learn proper footwork.

That starts with learning how to pivot.

What is a Pivot Foot?

In the simplest terms possible, the pivot foot is the foot that remains in contact with the floor while a player controls the ball while stopped.

The player may spin or otherwise change position so long as their pivot foot does not move from its initial position or lose contact with the floor.

The player may establish a pivot foot either before dribbling or after picking up their dribble.

Once the pivot foot is established, there are three legal ways to free it without traveling:

Players with an established pivot foot may jump before passing the ball under the condition they release it before either of their feet touch the ground again.

When it comes to dribbling, the player must release their dribble before their pivot foot leaves the ground.

Players will eventually have to learn to choose the correct pivot foot for any given situation.

Learning these more advanced elements of pivoting will take a lot of time, trial and error, and an observant coach to provide direction.

This article will focus on the basics and try to answer two main questions:

Why Learning to Pivot is Important

Pro players at any position use pivoting in a variety of situations to set up scoring opportunities, get by their man, or simply get in a more favorable position.

Old clips of Kobe Bryant (above) or Hakeem Olajuwon -- two absolute masters of footwork -- can give you a great idea of how effective the pivot can be to create space or get past a defender.

For youngsters, learning how to pivot will give them a simple but effective way to control their body without committing a traveling violation.

Let’s break these down...

a. Puts You in Control

Young players are, by definition, inexperienced.

When you combine their inexperience with a relatively fast pace of play, you start to see a lot of situations where they get lost and panic.

This is especially true when they’re put under any kind of pressure.

A player gets in a tough situation, panics, and makes a mistake.

Knowing how to jump stop and properly pivot can be a game-changer in this situation.

Instead of panicking and committing a travel or a turnover, our hypothetical young player can stop, survey the situation, pivot into a favorable position, and safely get rid of the ball.

Over time, this will help your young players develop their basketball IQ.

b. Sets the Foundation for Advanced Skills

Let me list a couple of situations that you’ll often see on the court:

1. Performing a spin move while dribbling

2. Faking the defender and quickly getting open to receive the ball

3. Performing an up and under or a spin move in the low post

All of these happen multiple times per game and one thing connects them all... pivoting.

You can’t reasonably expect a player that hasn’t mastered pivoting to learn the things listed above. That’s why it’s absolutely essential that young players master pivoting as early as possible in their basketball journey.

It all starts with learning the basics.

Teaching Players How to Pivot

If your players aren’t familiar with pivoting, they’re probably very young or new to the game.

With that in mind, a theoretical introduction is probably the best place to start.

Explaining the basic concept of pivoting combined with a short practical demonstration should do the trick to get most youth players started.

Keep in mind that right-handed players will naturally gravitate towards using their left foot as the pivot foot and vice versa for left-handed players.

Since the optimal pivot foot changes depending on the situation, it’s best to have your players practice pivoting on both feet from the beginning.

The first drill should be something simple like the following:

Each player grabs a ball and lines up with a couple of feet of space between them.

They then get into an athletic stance while holding the basketball close to their chest.

Determine a signal (like blowing the whistle) and each time you give the signal have your players pivot 90 degrees clockwise or counterclockwise.

Once they do a desired number of reps in one direction, reverse it for the next round.

Carefully watch all players during the drill and make corrections as you go along.

One thing you should mention and pay attention to is for your players to try to maintain the same height throughout the movement.

Just make sure to tell them the direction in which they should pivot and which foot to pivot on before they start the drill, and then mix things up! 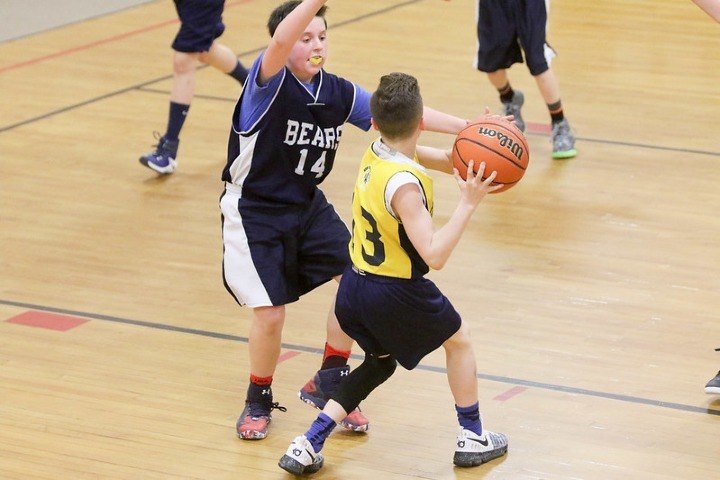 Some coaches must not realize this, but a player who learns to properly pivot as early as possible will be at a huge advantage later on.

The sooner your players master pivoting, the sooner they can develop advanced footwork and learn to play the game at their own pace.

Pivoting is a first step towards that, and your players should make it as soon as possible.